Scientists at the Icahn School of Medicine at Mount Sinai, Sema4, and collaborating institutions published results of an in-depth, multi-omics approach to characterizing the immune component of inflammatory bowel disease (IBD). These results provide new insights into the biologic networks involved in IBD with potential to identify new targets and eventually novel interventions for the treatment of patients living with IBD. The article appeared online in Nature Genetics.

In the United States, some 3 million adults are diagnosed with IBD, which includes Crohn’s disease and ulcerative colitis and is associated with immune and inflammation mechanisms. Previous genome-wide association studies to detect the genetic source of this condition turned up more than 200 genes, but those explain just a small fraction of IBD cases.

For this study, scientists used a wide variety of data — including DNA variation, gene expression, regulatory elements, and clinical information — gathered from three different groups of patients with various stages of IBD. This deep computational dive allowed the team to model the precise biological networks involved in the immune component, resulting in the first-ever predictive model of the disease.

“These results demonstrate how much we stand to gain by organizing massive amounts of molecular and clinical data using advanced machine learning approaches that in turn can be queried to generate novel disease insights,” said Eric Schadt, Sema4 CEO, Dean for Precision Medicine at Icahn School of Medicine at Mount Sinai, and senior author on the paper. “Our predictive model serves as a repository of knowledge and understanding that facilitates learning more about the development and progression of IBD, including identifying master regulators of disease that can be explored as targets for treatment.”

By working directly from patient tissue samples, the research team was able to observe the effects of genes and regulatory elements on each other and represent the entire network of immune activity. The scientists then experimentally validated the top 12 genes predicted to alter that network, providing new insights into elements that regulate IBD.

“By creating multiscale predictive models of the immune component of IBD across different stages of disease, this work helps move us towards a more comprehensive understanding of the complex molecular network of this disease,” said Scott Snapper, MD, PhD, Professor of Medicine at Harvard Medical School and Chair of the National Scientific Advisory Board of the Crohn’s and Colitis Foundation, who was not involved in this study but is an expert in the research and treatment of IBD. “I look forward to accessing this new knowledge base as highly informative to the collective efforts of the IBD research community to identity new targets and ultimately, novel treatments of IBD.”
Source:The Mount Sinai Hospital / Mount Sinai School of Medicine 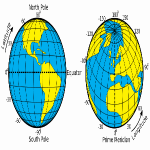