Caloric restriction diet, it is known, decreases body fat and increases life expectancy. But, researchers have just discovered, it has an interesting “side effect”: it also makes it more hairy. At least this is the case with mice submitted to the regimen.This is the result of a study by researchers at the University of São Paulo released on Tuesday, 12, in the scientific journal Cell Reports .

According to the authors, this is probably given as an evolutionary adaptation of the animals to remain warm, and alive, in a food limit situation. The logic is simple. With the weight loss, it also decreases the fat that helps to leave their bodies warm. The skin of the animals responds, therefore, stimulating the growth of hairs. It has also been observed increased blood circulation and a change in metabolism to increase energy efficiency.

The work of the postdoc by the researcher Maria Fernanda Forni, led by Alicia Kowaltowski, a professor at the Institute of Chemistry of USP, reveals that the changes in hair and skin of animals occurred only a few months after the beginning of the experiment. The group compared the evolution over six months of mice that could eat at will, when they wanted, with animals with 60% restriction of the calories consumed by the first group.

The former were eventually overweight. Already the seconds lost half of their body mass and they began to present by the longer and coarser ones.

At the cellular level, caloric restriction led to an expansion of stem cells from capillary follicles, leading to their growth and also to higher retention rates. Compared to the glutton group, diet animals had three times more blood vessels and more warm blood circulation to the skin surface, so they lost less energy to stay warm. 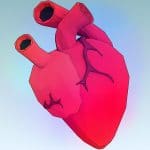 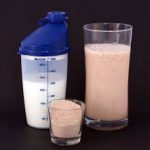