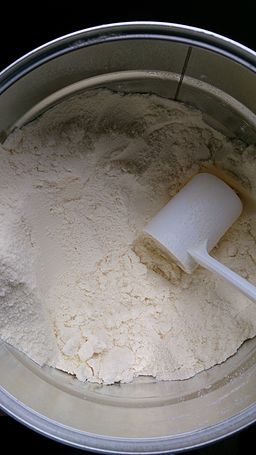 Nowadays a high percentage of the population exercises frequently, in many cases in the gym. Among those who do, many have the sole goal of losing weight and maintaining the line, but others in addition want to develop their muscle mass gaining definition and power.

In this sense, a whole range of nutritional supplements and other substances that facilitate this task have been born and have become popular, increasing the level of energy and facilitating the muscular development. Some of them are natural, like creatine. This substance has been and still is very popular in the world of sport. There are a lot of different types of creatine , so in this article we are going to pick up some of the most popular.

Creatine is a substance of protein origin, a nitrogenous acid naturally present in our body and other animals. It can be found in muscles, where it contributes to the synthesis of ATP (the molecule used by our cells for energy).

On the other hand, l to creatine because it facilitates mobility and muscle tone to help generate energy, resulting in more fatigue resistant subject and recovering earlier. The result is that muscle performance will improve, allowing you to do more exercise in less time. Muscle mass also increases, although to a large extent this is due to increased consumption and retention of water by muscles.

These facts have caused it to be widely studied and used in the field of sport, being an ergogenic and a natural anabolic that can be easily purchased as a supplement in dietetic and sports stores. It allows not only a better performance, but also a better and faster recovery after performing intense exercises (especially in anaerobic). However, it is not a steroid and its use is not prohibited in competition.

Besides being part of our body and being able to be used as a dietary supplement, it is also possible to incorporate it into our body through the consumption of  meats and fish (for example, the herring has a considerable amount).

Do you have to take precautions in your consumption?

Creatine is generally considered a safe substance without serious side effects . However, consuming excessive doses may lead to kidney problems.

It can also generate dehydration due to the consumption of water by the muscles or digestive problems. If it is used it is necessary to regulate the doses and consume water abundantly.

At the level of dietary supplement and for its sports use , as well as to improve the development and muscular performance, different creatine formulas that have been available in the market have been created over time. Although there are a lot of options, some of the most common and recognized consist of the following types of creatine.

The most popular and considered as one of the most efficient, creatine monohydrate is the main; from which they develop all the others (which usually incorporate some substance to enhance their effects). This substance is composed in principle by 88% creatine, with the remaining 12% water. Does not incorporate other additives. It is moisturizing, decreases cell damage and increases intramuscular creatine levels .

It is a substance that mixes creatine and hydrochloric acid, making it a stable, efficient and easily soluble molecule . It is one of the most recent formulas, which also generates fewer problems.

In this formula, molecules of creatine and glucose are attached, so that their binding is absorbed by the body as if it were the second and facilitates the arrival of creatine in the muscle.

This type of creatine combines creatine and phosphorous in a ratio 62-38, aiming to potentiate by such union the effectiveness of creatine. However, it appears to offer no better results than monohydrate. Helps generate lean tissue .

Formula that was elaborated like an attempt to eliminate the problems that the consumption of creatina monohydrate supposes, is treated of one of the most pure. It has a higher pH than this, which generates a better absorption and it is prevented that it is difficult to generate creatinine instead of absorbing creatine.

By preventing the generation of creatinine, it produces less risk of kidney problems . One of the most absorbable, causes a great increase of the energy and muscular power at the same time that it becomes necessary smaller dose. However, it is still doubtful that it is more effective than the monohydrate.

This formula mixes creatine with malic acid, being soluble and allowing the improvement of the musculature without affecting fat levels or blood pressure. It produces more energy than the monohydrate. It is also used in people with disorders such as chronic fatigue.

In this formula creatine monohydrate and alcohol are mixed, creatine esterifying. After absorption it is divided into creatine and ethanol at high speed, allowing a good penetration into the cell membrane .

Considered the most water soluble formula, it combines citrate and creatine. It is easily absorbed and very popular, especially since it does not usually cause problems or gastric discomfort. However, it has not been shown to be more effective than the monohydrate.

The aforementioned are just some of the most common and easy to find, but there are many others, such as creatine nitrate, decanate or AKG . The choice of one or the other will depend largely on the needs of each person and the presence or absence of side effects. It is necessary to take into account that it would be advisable to establish and to guide the doses nutritionally and based on the characteristics of each person. 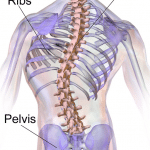