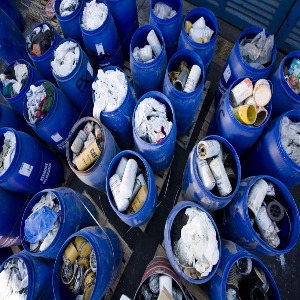 There is a lot of talk about recycling, the time it takes to decompose naturally and biodegradable is said to be the best because it has a negative impact on the environment. However, what, in fact, would be the difference between something biodegradable and non-biodegradable ? That’s what we’ll see next.

One of the clearest differences between such terms is that when discarded, a biodegradable element degrades, that is, it decomposes naturally and even beneficial to nature. A non-biodegradable item does not provide any benefit to the environment and increases the danger of the volume of waste present on the surface of the planet .

Why should I know the difference?

Knowing if a product is biodegradable or non-biodegradable is very worthwhile because the consumer can, in possession of this information, make consumption choices more conscious, giving priority to products that are in accordance with the well-being of the planet .

It is a name given to natural decomposition materials , which occurs with the support of bacteria and fungi. This is possible because – according to studies from the Commonwealth Scientific and Industrial Research Organization (CSIRO) – the materials, from which the biodegradable ones are made, are renewable. That means they are easily replaceable and can be reused with ease, minimizing impacts.

Basically, biodegradable is all that is made from plants and animals. Paper, for example, is biodegradable and renewable because it is made from the tree. In addition, it can be fully recycled. It is renewable because, when you take down a tree to make the material, you can plant a new one. The term however depends on the time used for the production and planting of the tree – masterpiece . In addition also one should consider the papermaking methods, the chemical elements and pollutants used to leave the white paper, for example.

Currently, there are polymers and plastics that begin to be made from different plants, so that they become environmentally and economically sustainable.

Although it is believed that all material that decomposes in a natural way is little – or nothing – harmful to the environment, this is not the truth. What happens is that even biodegradable can take long periods to be reabsorbed by nature.

A banana peel decomposes in three years. Even biodegradable plastics can only decompose if characteristics such as ambient temperature and microorganisms are respected. Another negative point of these biodegradable sayings is that, in the process of their degradation, they emit highly polluting and impacting gases to the ozone layer.

Anything that is non-biodegradable can not be decomposed in a natural way. So it is not able to ‘disappear’ in the traditional way. It is precisely the items that will accumulate in landfills.

Its formulation is artificial and synthetic , in the case of common plastics – oil-based or oil-based cans, industry waste and glass bottles.

There is no environmental advantage in non-biodegradable elements. Also, because they are not absorbed by nature, terrible situations occur as the plastics in the oceans, which, due to maritime currents, roam the entire planet. Many aquatic animals die from ingesting such materials.

To be disposed of or incinerated – less indicated as it is polluting – or in some cases only, recycled. 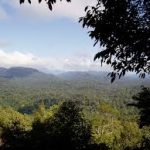 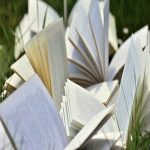