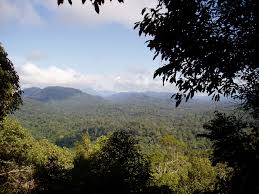 Biosphere reserves are integrated into the MAB (Man and Biosphere) Program, an International Program dedicated to encouraging the rational use and conservation of resources to improve the global relationship between humans and the environment, created by the UNESCO (United Nations Educational Scientific and Cultural Organization ). Biosphere reserves are born in 1974 as representative geographic areas of different habitats and ecosystems on earth. Unlike a national park, a biosphere reserve is not dedicated 100% to conservation but encompasses a wider territory where man can inhabit and perform economic activities under certain parameters.

That is why the reserves of the biosphere, according to UNESCO, – body that grants and maintains, depending on the fulfillment of the objectives, the category of Biosphere Reserve, has generated the division of the territory that forms the reserve in 3 zones: the Central Zone or nucleus, strictly protected territory, usually declared under one of the categories of protection whose primary objective is conservation; Zone of buffering supports those activities declared compatible with the protection zone or reserve, where there are usually representative traditional uses that serve as support for research, education and training and the Transition Zone, which is a larger territory and the largest human intervention, where the main productive and economic activities of the environment are carried out.

Having clear objectives and the division of zones, we see how for the reserves of the biosphere it is of great importance to include the community participating actively in the pursuit of sustainable development. From the experience of other world reserves (which exist in 97 countries), it has been shown that a key aspect of solving development and conservation problems is the inclusion of the community.

On the other hand, IUCN (International Union for the Conservation of Nature) is known to be the largest and oldest global environmental organization in the world, and it was the one who developed a preliminary system of categories for the management of protected areas to have an international framework between countries and within them. In Chile, these categories have been approved and we find one of them corresponds to the National Parks(Category II of IUCN), where the objectives of this category in Chile are “the preservation of samples of natural environments, cultural and scenic features associated with them; the continuity of the evolutionary processes and, to the extent compatible with the above, the carrying out of education, research or recreation activities. “ 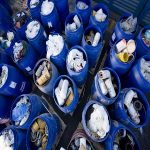