Power works. It is possible to achieve things on the basis of imposition, but only for a long  time. When used authoritatively, power deteriorates relationships. If you impose your will, with the passage of time you will notice the appearance of many unpleasant symptoms.
Everyone already knows Hitler’s story, which reminds us of this kind of leadership. I know a person who leads by power, unfortunately only she can not perceive it, even with the effort of its collaborators and even of colleagues. When she enters a certain department of the company, everyone in that place is afraid, stop any conversation they might be having and enter into a state of: Will I already be scolded? Employees are exposed in front of others, including in front of their own subordinates, demoralizing them before the team.
Is that the kind of leader you are?

Leading for power, the team is demotivated and only works for the salary at the end of the month. People are inhibited and do not give ideas, do not feel part of the team. They can not even be themselves. Talents are paralyzed. In addition, to raise the turn-over in the company.

Characteristics of Leadership by Authority

Anyone can make a difference in another person’s life, especially if they are in a leadership position. It is critical to give up anything that interferes with the way you do the right thing.
The authority leader finds a little more time to listen to people and treat them as if they are important people. How about working to slow down your control and increase your confidence? By doing this you develop your authority and also influence.
I quote here the greatest leader of all time, Jesus. Because? No person with intellectual honesty can deny that the life of Jesus exerted a great influence on history, and still exercises to this day. Even history is divided before and after Him. Jesus Christ founded his empire based on love and to this day millions of people would die for Him. Jesus talked about leading with authority. In essence, He said that if one wanted to influence the people up from the neck then he should serve, that is, sacrifice and seek the greater good of his people. Influence must be gained. There are no shortcuts.

Consequences of leadership by authority

Team motivated and united, striving to achieve a single goal: The goal of your leader. Happy people with the will to work and to do the plus for the company, if necessary. Collaborators with improvement ideas to implement in the company and in processes. 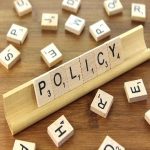