Before choosing a country to study abroad, it is important to research the educational system, and decide if the model corresponds to the one you expect from a university or faculty. In the United States and Europe, for example, the first years are of scientific and cultural formation, the following are specialized, better known as masters or doctorates. Thus, only master’s or doctoral courses are considered as a postgraduate. Discover how the North American and European higher education system works, and you will find its main differences.

The first two years of study will have to take basic subjects and general knowledge (such as: History, Science and Literature) and only from the third year you can decide in which course you want to specialize. After choosing your area of ??study, with which you complete your undergraduate, you can also select some elective classes, which you will study in the two remaining years to obtain your graduation.

What does that mean? The student who enters the university will attend two years of basic subjects and two years of specific subjects, which will focus on his area of ??choice and necessary to complete the training in a specific career area. In those last two years, you may also choose some extracurricular specialization classes. That is: you can have a degree in Biology (major) and do a specialization course (minor) in marine life.

This rule cannot be applied for Medicine, Dentistry, Veterinary and Law courses, since they usually last from 4 to 8 years. In these cases, students should take an exam, after 4 years, to check their knowledge, and then join a Professional School to be able to finish the course.

In general, the US higher education assessment system is based on a series of papers, presentations, and tests that students take throughout the year. The final exam is only part of the grade. To obtain a diploma in undergraduate, master’s or doctorate students have to study some years more than in European countries. There a degree course lasts 4 years, master’s degree 2 years and doctorate 5 to 7 years.

It is also worth mentioning that in North America the school year begins in August / September and ends in May / June, and semester courses are the most common, although quarterly and bi-monthly courses also exist.

As well as the American education system, the European also has general subjects from the beginning. The difference is that even with broad knowledge, these subjects are more targeted to your area. That is, those who choose to take a course related to fashion will have lessons in basic history, sociology and philosophy related to their career. This means that students need to know what they want to study before entering college.

As for evaluation systems, some institutions may even base their notes on lectures and papers, but many use a final exam to pass the student or not for the next cycle.

Although academic terms are less standardized, it is more common for the academic year to begin in September / October and end around May / June. The division by semesters is also the most used, but there are also institutions that divide the year into quarters or two-month periods.

Therefore, the main differences between the higher education system in the United States and Europe are centered on the duration of the course and the mobility that the student has, since in the United States he is free to change his mind about the course until the second year without having to abandon the already initiated studies. 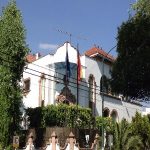 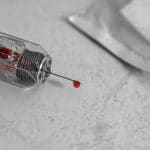