Today, there are two well-debated economic systems, capitalism and socialism. Both have already been tested in practice and we can say that capitalism has stood out as it is the dominant system in the world. However, there are still many comparisons that can be made between these two systems.

Next we will explain a little better the definitions of capitalism and socialism with a focus on their differences. Read and see if you are within the differences and which of the systems you think is the best for the world.

The economic system called Capitalism is one in which the means of production and distribution belong to private property and is for profit. In this system the decision of demand, prices, offers as well as distribution and investment is not made by the government. The profits obtained are divided between the entrepreneurs who reinvest in the companies and make the payment of the salaries of the employees.

The system ruled by capital has been dominant in the West since the end of Feudalism. There is a recognition and authentication of individual rights, the Government exists only to end the violence that can start between people. In the society of capital the Government has three instances that are the army, the police and the courts of law.

The existence of capitalism is possible only if there is technology or social means for the consumption and accumulation of capital to be possible. The more this is possible the more society becomes capable of producing wealth which is at the heart of this system.

Within the system of capitalism as a whole there are other types of capitalism, such as financial (or monopoly), characterized by a system in which commerce and industry are under the control of commercial banks or other financial institutions.

The Phases of Capitalism

Capitalism has gone through several phases, its first phase was called commercial capitalism and its main feature is the fact that it had the search for riches by the bourgeoisie and the nobility during the campaign of maritime expansion in the fifteenth and sixteenth centuries.

The political and economic doctrine known as Socialism was created at the end of the eighteenth century and is based on the idea that society will only be transformed if there is a balanced income distribution between people thus reducing the difference between rich and poor.

The first version of this doctrine without utopian and theological background was made by Noël Babeuf who saw in socialism a political alternative. Another name of great importance for socialism was Karl Marx who believed that socialism would only be achieved with the realization of a social reform after the revolt of the proletariat. It was necessary that there was the class struggle so that there were no more classes.

Basically in the socialist system the particular properties had to be of everybody. There would also be a division of labor that was common as well as of consumption objects in order to end the economic differences between people. The emergence of socialist thinking is based on intellectual thought and in a possible response to the conditions to which workers were subjected after the Industrial Revolution.

For Karl Marx, socialism was a kind of intermediate phase that existed between the end of capitalism in society and the establishment of so-called communism. In this way the proposal of socialism was to make great reform in society as a whole. Communism in its turn has more radical content and defended the extinction of the capitalist system as well as the fall of the bourgeoisie.

The Faces of Socialism

Among the different currents of socialist thought are the utopian socialism of creation of the theorists Robert Owen, Saint-Simon and Charles Fourier. For them socialism would be installed gradually and without revolts. The term utopian has to do with the idea that it can not be realized.

The so-called scientific socialism was created by the theorists Karl Marx and Friedrich Engels and had as its base to the critical and scientific analysis of the capitalist system. This theory is also called Marxism and distances itself from utopian socialism in the sense that it does not want to create an ideal society but to understand the foundations of capitalism in a way that can put an end to it.

Socialism called the real is that which is carried out in countries where the government has control over the ownership of the means of production. During the 20th century various countries passed through real socialism like the Soviet Union (Russia), East Germany, Cuba and China.

However, there is a distancing between real socialism and utopian and scientific socialism. In many of the countries that adopted this regime there were authoritarian and very violent political regimes.

The Difference Between Capitalism and Socialism

Capitalism is based on the free initiative of production of goods that happens to be of control of the companies and not of the government. Already in socialism the government maintains the control over the production systems in the search of makes the society assimilated from the richest to the same poor.

The great difference lies in the means of production which in capitalism advocate the accumulation of goods and socialism has as its central objective to meet the demands of society. Capitalism has at its center the production and consumption of goods. Socialism seeks to make a division of labor and goods. 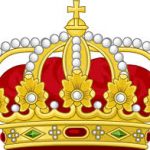