Zoonotic infections are infectious diseases that are transmitted to humans from animals. These include anthrax, brucellosis, foot and mouth disease, tuberculosis, listeriosis, tularemia and many others. The cause of human disease can be the use of meat and milk from sick animals, eggs of a sick bird. In this post we will look at examples of Zoonotic infections .

Anthrax is an especially dangerous infection that affects large and small cattle, pigs and horses. Anthrax bacillus forms spores. Spores persist in the soil for a long time, die at 110 ° C for 1 hour. Infection of humans is possible in various ways, including food. The most common is skin and intestinal forms of anthrax. The latter can proceed in a lightning form. If this infection is detected in animals, urgent measures are taken: incineration of carcasses, organs and skins, disinfection of premises and vaccination of people. Milk after boiling for 30 minutes is destroyed.

Brucellosis is an infectious chronic disease of many species of animals and humans. Characterized by abortion, arthritis, damage to the nervous and cardiovascular systems. A person becomes infected by contact with sick animals or by eating meat and milk. The causative agent of brucellosis remains in food for a long time: in milk – up to 40 days, in butter and cheese – more than 2 months. Brucellae are unstable to attack and die at a temperature of 60 ° C for 30 minutes. The most dangerous for a person is the brucellosis of small cattle, caused by brucella of the “sheep” type.

Meat of animals, patients with brucellosis, must be rendered harmless by welding. Meat of healthy goats and aries, but with positive skin tests for brucellosis processed for canned food or sausages or cooked. Meat of cattle and pigs that react positively to brucellin is released without restrictions. Milk with suspicion of brucellosis is subjected to boiling for 5 minutes and is used inside the farm. It is forbidden to use milk of sheep and goats from households, who are disadvantaged by brucellosis.

Foot and mouth disease is an animal disease caused by a virus, characterized by the formation of specific vesicles on the mucous membranes and skin. When the milk is heated at 85 ° C for 30 minutes or five minutes of boiling, the virus is inactivated. After such treatment, milk is allowed to be used only inside the farm. Carcases and organs from sick or suspected animals are rendered harmless by cooking. Meat forced slaughter after cooking and milk after a five-minute boil is used only on the farm. The removal of animals and products from farms and the region before the quarantine is lifted is prohibited.

Tuberculosis is affected by cattle, other animals and birds. A person can become infected with tuberculosis while eating meat, milk and eggs. The causative agents of tuberculosis are localized mainly in the affected organs (lungs, intestines, udders, etc.) and lymph nodes, and in meat they are found only in the generalized form of tuberculosis.

Tuberculosis bacillus is fairly stable in the external environment and can persist for a long time in various subjects and in food products (up to 2 months). When boiled, the tubercle bacillus dies instantly.

Eggs of sick birds are disinfected, rendered harmless by cooking (it is allowed to use small-baked bakery products with high heat treatment).

Tularemia is a natural focal infection characterized by fever, damage to the nervous system, etc. It is more common in rodents, rabbits, sheep and goats. A person can get infected by different ways – contact, air-dust, mosquito bites, cages or when using infected products. Carcases obtained from patients or suspected of disease of animals, I can not use to use them, they are disposed of.

Listeriosis is a disease of animals, birds and humans, characterized by septic phenomena and damage to the nervous system. The causative agent remains in the frozen meat for a long time. At 70-75 ° C, it dies within 45 minutes. Carcases and organs that do not have any changes are cooked or sent for processing to canned food. Milk is not suitable for food purposes.

Pig plague is a disease that is not dangerous to humans. However, the meat is regarded as conditionally fit, as this disease is usually accompanied by a secondary salmonella infection, and the meat is allowed to be sold only after decontamination by cooking or sent for processing.

To prevent zoonotic infections, it is extremely important to conduct veterinary inspection of milk cows and animals before slaughter and veterinary and sanitary examination of meat, milk and eggs.

On the meat of healthy animals, a violet-colored oval-shaped stigma is marked with three pairs of digits in the center and with a rim.

For meat, subject to neutralization, put a veterinary stamp of a rectangular shape indicating the order of use of meat (type of detoxification). Decontamination of meat by cooking is carried out in separate pieces weighing up to 2 kg and thickness up to 8 cm in open boilers for 3 hours, in closed – for 2.5 hours.

At food enterprises it is necessary to take food raw materials of animal origin only if there are veterinary and sanitary certificates, and on meat, in addition, there must be a stigma. 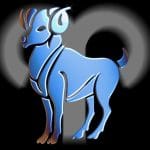