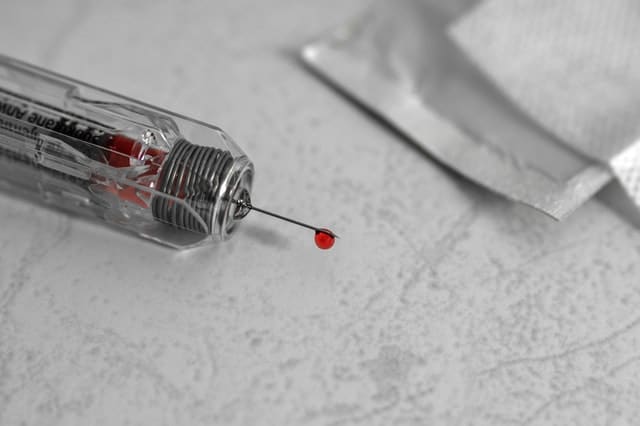 Blood tests are part of regular health checks. However, sometimes interpreting the results becomes confusing due to terms that are unknown and normality values ??reflected in different ways. In addition, two aspects have to be taken into account: the values ??of the determinations are not always expressed in the same units and the “normal” figures may have small variations , since they depend on the laboratory that analyzes the sample. This article describes some of the determinations that are made in a routine blood test , although it is always better to rely on the criteria of the health professional before being alarmed at a result that is not understood. They are also giventhe indications that must be followed before an analysis .

Before a blood test, it is recommended not to exercise hard, not to smoke and avoid a copious dinner

For the white blood cells or leukocytes , the blood count reflects its total number (it consists of the word “count”, with normal values ??between 3,500 and 11,000 / mL) and the different classes of leukocytes (collected as “leucocyte formula”). Leukocytes are the basic pillar of defense against microorganisms. There are several types and each of them is responsible for a specific function: neutrophils, lymphocytes, monocytes and eosinophils.

The number of leukocytes increases in infections and predominates one type or another, depending on the type of microorganisms ( bacterial infections increase neutrophils and those caused by viruses, lymphocytes and monocytes). They may decrease in very serious infections, in diseases of the bone marrow or as a side effect of some drug.

Finally, the blood count studies platelets (130,000 and 450,000 / mL), involved in the formation of blood clots. Hematologic diseases and liver disorders are the most frequent causes that alter their number.

The determinations related to the kidney are urea (normal value: 10 and 40 mg / dl), creatinine (between 0.6 and 1.2 mg / dl) and the ionogram. The creatinine is a muscle protein that circulates in the blood and is excreted through the urine. Their levels are one of the most accurate indicators of kidney function. Urea also measures renal function and degree of hydration. It increases in renal insufficiency , dehydration states and in individuals with a lot of muscle mass.

Transaminases with values ??above normal denote that there is a process that causes an inflammation

Since one of the primary functions of the kidney is the elimination of water and electrolytes, the study of renal function is complemented by the ionogram, which determines the levels of sodium, potassium and chlorine . The latter are sometimes identified by the acronyms of the periodic table of elements: Na (135-146 mEq / l), K (3.5-5.0 mEq / l) and Cl (98-106 mEq / l) ), respectively.

In the section of the biochemistry also the function of the liver is studied. Values ??shown as GOT / ALT (normal value between 0 and 37 U / L), GPT / AST (between 0 and 41 U / L) and GGT (between 11 and 50 U / L) correspond to what is known as transaminases. They are enzymes that are found inside the liver cells. Values ??above normal denote that there is a process that causes inflammation. These processes may be as varied as hepatitis (acute or chronic) or the toxic effects of alcohol or certain drugs .

Alkaline phosphatase is another enzyme that is present in the liver as well as pregnant in other areas such as bone, and its value ranges from 40 to 129 U / L. It tends to arise in problems of obstruction of the bile ducts and in some alterations of the bone, like in the phase of consolidation of a fracture or in infiltrations tumor. Often, children have high numbers of alkaline phosphatase during the growth stage.

Alkaline phosphatase and bilirubin levels (0.2 mg / dL and 1 mg / dL) are also indicators of liver health . Bilirubin is formed by destroying hemoglobin and is taken up by the liver, which eliminates it by bile. When it is not able to metabolize it properly (as in various liver diseases) or when there is a problem in the excretion of bile (such as stones in the gallbladder), high levels of bilirubin are detected. If they are important, a very characteristic yellowish skin dye is known as jaundice.

Glucose is a sugar (carbohydrate) , as the main source of energy for cells. Their levels vary during the day and are maximum in the two hours that follow the ingestion and minimums after prolonged fastings. Normal levels range from 70 milligrams per deciliter of blood (mg / dL) to 110 mg / dL. The diagnosis of diabetes is established when there are two fasting determinations above 126 mg / dL or one above 200 mg / dL, even after a meal.

High LDL, responsible for transporting cholesterol to tissues, contributes to the deposition of more cholesterol in the walls of the arteries

In the case of blood glucose values ??above 100mg / dL, but below 126mg / dL, glucose intolerance is indicated, which may indicate a previous state of diabetes . In these cases, it is recommended to perform a glucose overload study: it consists of administering a preparation with 75 g of glucose and determining the glycemia at two hours. If values ??between 140 and 199 are obtained, the diagnosis of diabetes is also established .

The interpretation of the results that appear in the analytic can give rise to confusions since, contrary to what happens with the glycemia, there are no values ??of “normality” that are accepted for the whole world, but they are in function of each person and depend on their cardiovascular risk. This means that the same cholesterol levels are not recommended for a person who has had a heart attack rather than a healthy, non-smoker.

As a guide, people who have had a cardiovascular problem (stroke, stroke …) should keep total cholesterol below 200 mg / dl and the LDL fraction between 70-100 mg / dl (or 2.58 mmol / l). Conversely, if the cardiovascular risk is low, it is sufficient that LDL levels below 130 mg / dl are maintained. The triglycerides correspond to the fat that we ingest with the diet. They increase with diets high in fat and in people with overweight or with significant alcohol intake. Values ??below 150 mg / dL are recommended. 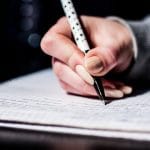