James Beard, the famous chef and American food writer, once said: “I think if I ever had to practice cannibalism, I could handle if there were enough tarragon around.” Common, especially in French cuisine, the aniseed herb complements chicken, fish and eggs. After its essence is filled with apple cider vinegar, the resulting tarragon vinegar adds a spicy aroma to salads (like a vinaigrette) and meats (like a marinade). This recipe makes about 3 cups.

1 Put the tarragon springs in a jar of a sterile room. bruises carefully herbs with a spoon.

2 Bring the apple cider vinegar to a boil in a saucepan.

3 Pour the hot vinegar into the jar with the tarragon. Screw on cover.

4 Leave the bottle to stand at room temperature for one week. Shake the bottle every few days.

5 Taste the vinegar after a week of maceration, and if the taste is not strong enough (according to personal preference), let stand for another three weeks. Try again every week. 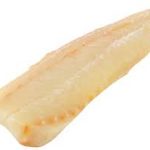