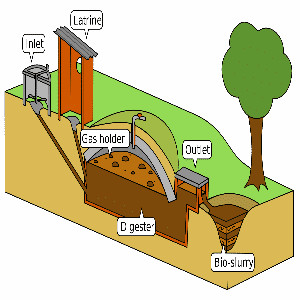 Biogas is a type of gaseous mixture of carbon dioxide and methane produced naturally in anaerobic medium by the action of bacteria on organic matter, which are fermented within certain limits of temperature, moisture content and acidity.

Like all energy sources, biogas energy also has advantages and disadvantages as a result of its use for the production of electricity.

Biogas can be obtained from agricultural residues, or even from excreta from animals and man. Unlike sugarcane alcohol and oils extracted from other crops, it does not compete with food production.

It is a gaseous fuel with a high energy content similar to natural gas, composed mainly of short and linear chain hydrocarbons.

It can be used for electric, thermal or mechanical power generation in a rural property, contributing to the reduction of production costs.

Biogas energy can be produced artificially with the use of an equipment called anaerobic biodigester.

Methane, the main component of biogas, has no smell, color or taste, but the other gases present give it a slight unpleasant odor.

It is an alternative to the use of LPG (cooking gas).

It is considered a clean source of energy, because the emission of gas pollutants is much lower compared to the burning of fossil fuels.

It is an important substitute for petroleum derived fuels (gasoline and diesel).

Through generators, it can be used for the generation of electrical energy. Installed in rural properties, it can be a source of income for farmers who can sell the biogas.

The production of organic waste can be reversed in the generation of clean energy. Thus, it gives a useful purpose to landfills.

Allows the generation of fertilizers.
Convenience and safety for the consumer, inherent advantages of piped gas;

It is not necessary to purify it by removing only condensed liquids along the collection and distribution routes;

Housemaids who use gas have been satisfied with the change because the flame is quite clean, leaving no residue of soot in the pots.

The decontamination of waste and reduction of contaminants in soil, air and water.

The amount of energy generated by the biogas is not constant, varying throughout the production period;

The disposal of biodegradable waste in landfills will be minimized in the future and landfill biogas recovery facilities will be limited in time;

The storage system is complex and of high value.

It is also very dangerous because of its ability to ignite easily. 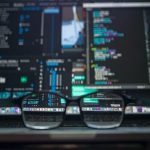