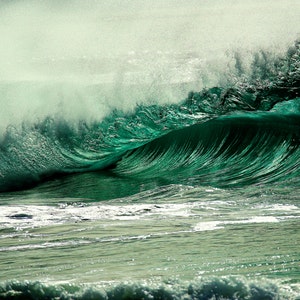 There is already a unit in France that has been operating productively for a number of years, and in the USA and Scotland important investments have been made in this form of energy .

This type of exploitation can still be considered recent and still in the development phase.

Although the energy of the Waves and Seas has several advantages in its use, it also has important disadvantages , which are delaying and even blocking new projects and investments.

The energy of the waves

The kinetic energy of the wave motion can be used to power a turbine.

The raising of the wave in an air chamber causes the air contained therein to escape; the movement of the air can spin a turbine. The mechanical energy of the turbine is transformed into electrical energy through the generator.

When the wave dissipates and the water recedes, the air moves in the opposite direction, passing again through the turbine entering the chamber through special, normally closed floodgates.

This is just one way of taking energy out of the waves. The up / down motion of the wave is now used to power a plunger moving up and down a cylinder. The piston can be operated by a generator.

The systems for withdrawing energy from the waves are very small and just enough to light a house or some warning buoys sometimes placed in the sea.

The energy of the tides

The energy of the displacement of sea water is another source of energy. To transform it are built levees that enclose a beach. When the tide fills the water enters and is stored in the dike; when the tide is lowered, the water comes out of the dam like in any other dam.

For this system to work well tidal and strong currents are necessary. There must be an increase in water level of at least 5.5 meters from low tide to high tide. There are few places in the world where there is such a change in the tides.

The advantages of Wave and Tidal Energy

Disadvantages of Wave and Tidal Energy

Installation costs are quite high;
Only energy is produced as long as there is a gap between the water levels at the top and bottom of the dam wall;
Only power plants may be installed to produce electricity from this energy in locations which meet the geomorphological needs necessary for that energy and which have a very high tidal difference (about 5,5 m);
Its construction can have great environmental impacts due to the creation of the reservoir.

Other disadvantages that are based on the technical difficulties that the technological development has in the use of the energy of the waves, being the most relevant:

Irregularity of the wavelength, phase and direction; it is difficult to achieve maximum efficiency over a whole range of frequencies;
The structural load in an event of extreme weather conditions, as in the case of hurricanes, which can be 100 times higher than the average load. 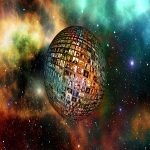