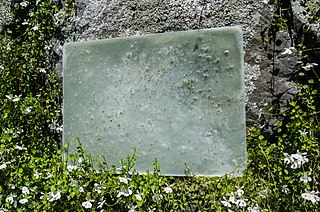 A type of plastic derived from vegetable products, such as soybean oil, corn or potato starch, is denominated bioplastic , unlike conventional plastics, derived from petroleum.

The bioplastic is a plastic material derived from plants or biodegradable products. The decomposition of bioplastics can vary in time according to the materials from which it comes.

– Bioplastic made from food crops such as corn starch, wheat, tapioca, potatoes, tomatoes, with commercial names such as: Bolice, Biplast, Cereplast compostables, Biotechnomais, Vegemat, Solanyl …
– Biodegradable plastic bioplastics for industrial applications (API),
– Bioplastics, obtained from sugars .
– PHA polyhydroxyalkanoates and derivatives: Polyhydroxybutyrate, polyidrossivalent, Polyisocyanurate
– Those made from cellulose as Biograde.
– Bioplastics derived from residues from the production of tomatoes.
– Bioplastics derived from the processing of waste banana

The applications of bioplastics are endless; like his “brother” less ethical to be derived from oil, as is the classic plastic.
The bioplastic has attracted the attention of various sectors, from agriculture toto automotive . Among the latest initiatives, Mazda has developed a sustainable plastic in collaboration with Mitsubishi Chemicals, for the production of interiors in the automotive sector.

Continuing with the initiative of Mazda and Mitsubishi, the Ford Motor Company, in collaboration with the HJ Jeinz Company, has developed an ad hoc solution for passenger vehicles , incorporating the bioplastic obtained through the processing of tomato waste, not only in the pieces of the interior of the vehicles , but also in supports for mechanical parts, cables and coatings for trays.
Bioplastic can also give rise to very particular fabrics , which is why it is also widely used in the textile industry and shoes . The ecological Flex shoes are an example.

The advantages of using bioplastics are easy to imagine: