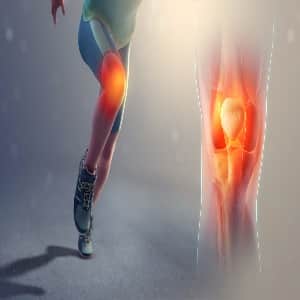 Arthritis and arthrosis are distinct diseases, with different causes and treatment, but with symptoms that may be very similar, which usually cause some confusion, making the two conditions, which really are alike, erroneously treated as a single pathology.

In this text we will try to explain in a simple way what is arthritis and what is arthrosis, highlighting their differences.

WHAT IS A JOINT

Before we explain the difference between arthritis and arthrosis, we need to clarify what a joint is, since this is the compromised structure in both conditions.

We call the articulation any region where there is a connection of two or more distinct bones, such as, for example, the joints of the knees, elbows, wrists, ankles, shoulders, etc.

The joints along the body are not all the same. Some joints are connected by a fibrous tissue, which bonds one bone to the other, making them immobile, as in the case of skull bones (see illustration on the side).

There are also joints that are connected by cartilage and allow a small mobility, such as the vertebral discs that join the vertebrae of the spine.

However, the most famous types of articulation are the movable joints, which are usually connected by a cartilage and a fluid-filled sac (synovial fluid), allowing wide movement of the bones with minimal friction between them, as is the case of the knee, elbow , shoulders, etc.

In the illustration to the side, we show in different colors all the bones of the skull. Notice how they are stuck together and do not move. The exception is the joint that connects the mandible to the temporal bone (tem- pora), called the temporomandibular joint (TMJ). This joint is obviously mobile, otherwise we would not be able to open and close the mouth to speak and chew, for example. This joint has sinóvia, that is, cartilage and liquid between the bones, allowing its mobility.

Arthritis is the name we give when there is an inflammatory process of the joints; speaking more simply when one or more joints are inflamed.

The main symptoms of arthritis are pain, redness, swelling and difficulty moving one or more joints.

There are several diseases that can occur with arthritis, among them we can mention:

We call it polyarthritis when 4 or more joints are inflamed at the same time. Polyarthritis usually occurs in systemic diseases such as lupus and rheumatoid arthritis. Monoartritis is when only a single joint exhibits inflammation; usually occur in gout or septic arthritis (infectious arthritis).

The most common cause of arthritis, however, is osteoarthritis . It’s her that we’ll talk about next.

Of the more than 100 types of arthritis known, osteoarthritis is the most common. It can affect any joint that has cartilage, but in most cases the disease attacks the joints of the hands, knee, hip and spine. Osteoarthrosis can affect one or more joints at the same time.

Cartilage degeneration in osteoarthritis usually occurs by aging. We can say that it will “spend” over the years, until the moment the bones come into direct contact with each other, causing the friction of the movements also lead to injury of these.

This process of destruction of the cartilage, and later of the bones, causes incapacitation of the affected joint since any movement becomes very painful.

Besides age, other factors contribute to the onset of arthrosis, such as genetics, obesity, diabetes, hypothyroidism, etc.

All the causes of arthritis previously mentioned can also accelerate the destruction of the cartilages, being able to cause osteoarthrosis early. Another important factor is the trauma in the joints.

Osteoarthrosis is a progressive disease without a cure; the more insults your joints experience throughout your life, the sooner it manifests itself. Once destroyed, the cartilage does not regenerate. 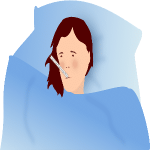 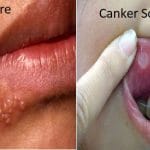