There was a time not too long ago when science was called philosophy. However, science itself has become a very separate branch of philosophy.

Philosophy tries to explain the world from the point of view of the human being, reconciled with him and his soul, establishing a sentimental relationship between the questions and the man. In contrast, science is considered colder, more calculating. It does not interfere with whether or not the man needs those answers, nor does he seek to appease feelings. Science only seeks the truth in proven facts.

Many philosophical statements are not considered true by science. Philosophy is subjective by nature, something that does not make it therefore inferior, on the contrary, it reaches very far limits for modern science.

Science is only based on the objectively demonstrable, such as the theory of relativity. But when this theory was formulated in 1916 by Einstein, we can think that at that time it was part only of a philosophical idea that before the verification became scientific.

Philosophy covers much wider fields than science. Philosophy has priority over science since it is responsible for asking the questions and proposing the answers. Science takes those answers and tries to prove with experimental techniques what the truth is.

Another important difference between science and philosophy is the determination of quantitative relationships. For example, science measures that relationship when it establishes mathematical formulas. “Force = mass * Acceleration (F = m * a)”. Philosophy does not enter into those details.

And finally, one of the differences that I personally like the most between both concepts is that philosophy does not need a place of work to be applicable. You can do philosophy in the countryside, taking a walk, in bed with a pillow, chatting with friends while having a coffee … 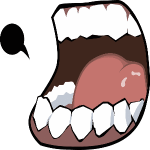