There are economic systems that help us understand a bit how the mixed economy works, and these are market economies and planned economies. In the market economies the consumer is the most important , even more than the role played by the government in the economy.

In a planned or controlled economy, the government controls all decisions to own, issue and exchange goods.

In a mixed economy , which is made up of private companies as well as state entities, both are in control of owning, selling and exchanging goods. A mixed economy has a little of what the planned economy is like what the market economy has.

Characteristics of the mixed economy

The main characteristic of a mixed economy is the ownership of assets by private and state entities. Monopolies are developed in this type of economies with greater ease, so they are closely monitored by the government .

For the economy to be mixed, the government must control some parts, but not all of them either. Some areas that the government can control are health and education.

In the United States, the government is involved in welfare and unemployment benefits . We also have these types of programs in Chile, and could be extrapolated as:

Advantages of the mixed economy

A mixed economy has several advantages, which we can summarize in the following way:

A pure market economy only rewards the most competitive and innovative, leaving aside those who are not so, there the role of the government helps all members of the economy, although not so competitive, be integrated in a harmonious to the economic system and are also served and valued through its government policies.

Disadvantages of a mixed economy

Among the disadvantages of the mixed economy are:

In short, a mixed economy will only work well depending on how it is managed. 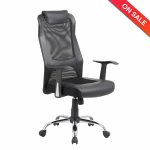 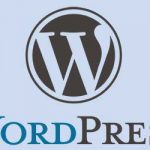