Although there are differences between angina pectoris and myocardial  infarction , both are two of the most recurrent pathologies and characteristics of an alteration in the health of our heart. Both have a common origin, which is the existence of some alteration at the level of the cardiac arteries. An alteration that influences a lack of oxygen, in addition to limiting the blood that reaches our heart. And is that myocardial infarction and angina have many features in common. However, there are also marked differences between both diseases of our vital engine. To understand what these differences are to which we refer, it is better to start by defining the specific concept of each disease:

One of the differences between angina pectoris and myocardial  infarction is that it is chronic and this is acute.

We define chest angina as that pain or discomfort that we place in the chest area and that have as origin an insufficient blood supply to the heart. In the majority of the occasions this problem arrives as a consequence of the existence of a certain obstruction in the coronary arteries. In the event that this particular obstruction is only fleeting, that is, has a duration of minutes at most, and therefore the patient recovers after this time, it is considered angina pectoris.

In many cases, angina can originate from a heart that is forced to increase its effort as well as a paralyzed organism in the face of the need to increase blood flow to its own motor. It is, in any way, a more frequent pathology than we think affects both genders equally, although in men it is more common after 30 years of age.

Usually preceded by abnormal physical or emotional arousal, angina pectoris is one of the most common consequences of atherosclerosis. In colloquial language, to make it more accessible at a general level, angina pectoris occurs at the moment when the arteries of our heart are unable to assume an increase in blood flow. Thus, one of the first responses of our body and, therefore, puts the patient on alert, is the painful message in the form of urgent warning to the brain that in this case transmit the nerves of our heart. It is a pain that should not last longer than about 20 minutes.

What is myocardial infarction?

On the other hand, and before specifying what are the differences between angina pectoris and infarction , it is necessary to know that myocardial infarction is that disease that has as main characteristic the death of an area of ??our heart as a consequence of the total obstruction of the heart. a coronary artery.

The fact that one of the areas of our motor organ ends unusable comes as a consequence of the constant insufficiency of oxygen, reason why this zone can not get to regenerate by itself.

Once we have both diseases well defined, it will be much easier to understand the main differences between angina and infarction. Thus, the factors that make the difference between the two pathologies are:

The cardiac arteries are altered before the two coronary diseases that occupy us.

It must be taken into account that the manifestation of certain pain or discomfort in the chest area does not always have to do with a heart attack. There are many reasons why most of the time we feel this type of discomfort. In addition, they can have origins as different as simple indigestion or the existence of infection in the thorax area. However, it should be noted that the most probable cause is that this discomfort is not due to a myocardial infarction in the following cases:

More attention should be paid to the following alterations or factors that, since differences between angina pectoris and infarction can be considered , and most likely if it is a myocardial infarction:

On the other hand, a severe attack of angina does share pain intensity with that which originates in a myocardial infarction, hence the possibility of confusing both conditions. In any case, the best recommendation is to go to the specialist in the presence of acute and persistent pain in the chest.

Regardless of the pathology that the patient is referring to, it is always better to prevent.

Similarities and differences between angina pectoris and infarction

As mentioned throughout this article, both angina pectoris and myocardial infarction correspond to two types of coronary syndromes. However, they are not the same. One of the main differences between angina pectoris and infarction, is that while the infarction is acute, angina is chronic. That is to say, it is a disease to which to face for life. In addition, we found more differentiating factors between the two heart diseases:

There are some similarities, but also differences between angina pectoris and myocardial infarction.

In both pathologies lack of oxygenation occurs, although in myocardial infarction this shortage is total, while in angina pectoris it is transient.

It is one of the factors that both pathologies share. It is an intense pain that radiates from the sternum to the lower part of the body, that is, arms, spine, neck, jaw or even the mouth of the stomach.

Although they share intensity in the pain threshold, it is precisely these discomforts that are our allies in order to be able to establish differences between angina pectoris and infarction. On the one hand, in the case of infarction, pain arises when the patient is in a resting state, lasts about 30 to 45 minutes. On the other hand, angina pectoris manifests a type of pain that arises when the patient is carrying out some kind of effort such as, for example, the practice of intense exercise, does not last more than five minutes and tends to disappear with rest. .

Symptoms that are confusing

In addition, both diseases reflect other types of symptoms that may hinder the development of a correct diagnosis.

In addition to pain, the patient may suffer anxiety, sweating, paleness or palpitations in both angina pectoris and heart attack.

Myocardial infarction is considered a medical emergency, since the time it takes to react will be essential to guarantee the recovery of the patient.

In any case, none of the symptoms and differences between angina pectoris and infarction mentioned above are sufficient for the specialist to compose an adequate and correct diagnosis. And, in this sense, there are multiple diseases that share this type of symptoms, such as, for example:

As mentioned throughout this article, before the first symptoms you will have to go to the emergency service. There the experts will carry out a series of tests to determine effectively the cause and the illness that the patient suffers. Among other tests, a chest x-ray, an electrocardiogram and a blood test will be carried out to establish the possible existence of a disorder that may cause this characteristic pain in the chest, as may be the case, for example, of anemia.

If you notice any symptom of a possible condition of this class, you should go to the emergency room as soon as possible.

Another type of more specific tests may be necessary to perform through the cardiology service. Among them, we highlight the most common:

For its realization requires the introduction of a catheter through one of the blood vessels in order to reach the heart and inject a contrast fluid into the cardiac arteries to see the degree of obstruction.

To conclude this article, we will point out that another of the differences between angina pectoris and infarction is that it is of vital importance in the case of a myocardial infarction is a rapid action. And, in the event that this condition is not treated immediately, it can lead to the death of 30% of patients. On the other hand, well controlled and sustained angina pectoris through adequate treatment does not have to alter the quality of life of the patient. Of course, it is important to carry out the indications of the specialist, since we are facing a disease that will accompany us throughout our lives. 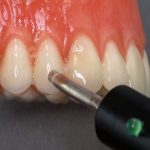