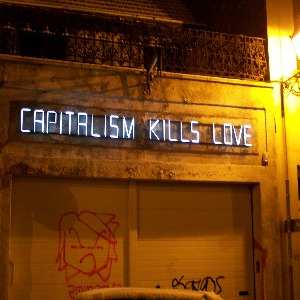 The word “capitalism” causes many people to have negative associations – even among those who are in this system and are doing well. In a decent society, capitalistic values are severely criticized. It would be unfair to accept one of the parties, so in this article we will try to analyze the pros and cons of capitalism, and each person will make his own conclusions.

Immediately we stipulate that capitalism is an extremely complex economic system, therefore in this article canonical and yet very general ideas about it will be presented. The very notion of capitalism or communism with socialism changes with the years. For example, modern China, although called a communist one, has many signs of capitalism, and this alone makes the analysis of the latter a difficult task. But we will nevertheless try to analyze it and reveal certain regularities. In our article, we will not be able to ignore communism and socialism, because at the moment these concepts, along with capitalism, dominate society.

The more you work, the more you get. Or the less you work in the end, because then the money works for you. Perhaps this is the biggest plus of capitalism.

You clearly understand that if you increase efficiency and efficiency, you can earn more. Of course, a person is motivated not only by the desire to make more money, but he understands what opportunities will open before him if they manage, for example, to double their monthly income.

You may have many competitors who will bypass you if you offer cheaper and high-quality goods at the same time. Therefore, your company is always in a state of readiness to become better. You are constantly in search of better solutions, better talents, because this is how you can survive under capitalism.

Do not forget that this is what moves the economy of the country forward. The more goods are on the market, the more consumption, the greater the money supply, incomes and salaries. Businessmen take loans in banks and make (or burn) more money – the economy blooms.

Competition allows you to think creatively , because in business it means finding the best solutions. In this case, capitalism is much better than communism, since it is more mobile and adjusts its plans to attack.

Of course, even under communism, innovations are possible (for example, in the space or military sphere), but in this case they originate in the minds of rulers or those close to them. Under capitalism, virtually any person can participate in innovations. For example, the Kickstarter website and other crowd-hosting platforms allow attracting talented and creative people to implement their projects. The Wright brothers, Thomas Edison and Steve Jobs – all of them, very likely, would not have achieved anything if they had tried to develop their projects in countries with a communist bias.

Most of the modern innovations in the medical, aerospace, information technologies have occurred spontaneously and on a capitalist basis. In countries with a communist bias, this is practically impossible.

Many people believe that capitalism is slavery. However, as the modern world shows, even people of small talents are able to succeed in our time, let alone talking about talented people. Musicians, artists, filmmakers, scientists – they all can find their place in the Internet space and use capitalistic values in order not to die in poverty.

YOU MAY BE INTERESTED IN The characteristics of capitalism

The Minuses of Capitalism

The huge gap between a poor and a rich man

When it comes to the fact that the poor have no money because he is lazy and stupid, opponents argue that it is quite possible that he did not have the conditions for the realization of his talents. This is true, because a person born in a poor family is less likely to succeed in life due to a lack of funds for training in prestigious educational institutions. Supporters of capitalism give many examples of how a person from a poor family became incredibly rich, because he was able to show cunning, the will to succeed and his abilities. This is also true, but the supporters of this view are much less.

Therefore, in the capitalist countries there were benefits for people with low incomes. This is a kind of social equalization tool that allows poor people not to die of hunger and focus on more global goals. In practice, people who receive benefits are practically unable to come up with innovations. In capitalist society, an effective way has yet to be found to provide all people with equal starting conditions. Although, as has been said, there are many examples of how people broke out of poverty. In our time, a person with access to the Internet can provide for himself above average income.

Instability of the market

Another Marx said that the unplanned and explosive growth of capital leads to the fact that the market is developing very unpredictably. Besides, the market is oversaturated with goods and offers, it is in stagnation. Marxists also saw the contradictions between the market economy and industrialization. They believed that the society corrupted by the excess of food and commerce in the market, and then, when the market falls, it suffers even more.

If at some point the motivation to work and create disappears, then production will slow down, or even disappear altogether. While under the USSR, no one could afford this – everyone went and worked regardless of the state of the economy.

Economists can not predict the exact date of any crisis, but they all converge in one thing – the economy has cycles and crises are inevitable. Great (world) and small crises will happen constantly and nothing can be changed. Crises are inextricably linked with human psychology.

When crises happen, it invariably entails unemployment. Unemployment, in turn, aggravates the crisis and creates a vicious circle, from which it is extremely difficult to get out. Under communism, even in times of severe crisis, unemployment was low – the truth of the profession and working conditions were unbearable.

At the end of the article, I want to say that the task of modern society is to provide the maximum number of people with equal access to education. This is true, moreover, in this case, poor people will not have a better chance of excuses. They will have a chance to get a good education and apply it in life. If they did not use it, then they are to blame for themselves and have no right to complain about injustice.

And what are the pros and cons of capitalism you know? Share your opinion in the comments. 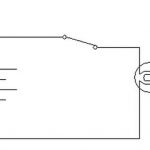