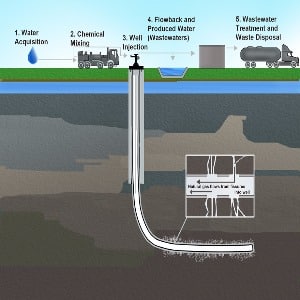 The fracking , or hydraulic fracturing is a technique used to recover oil and gas from shale rocks inside which can be very deep and that traditional means of extraction is not possible or feasible exploitation.

To do this, the earth has to be drilled and through the sounding carried out, introduce high pressure water directly on the rock, in order to fracture and release the gas. Along with water, sand and chemicals are injected into the rock to facilitate the release of gas or oil and to flow into the mouth of the extraction well.

The process can be carried out vertically , or as is more normal, horizontally up to the rock layer. In addition, new ways can be created and opened to continue exploring the subsoil in search of new resources.

The cons of fracking

Fracking is a widespread practice in recent years in the US , which has managed to multiply the production of oil by five , which allows today, not having to import foreign oil. However, there is a lot of concern regarding the possible environmental problems.

Much controversy surrounds the use of hydraulic fracture. Recently protesters from environmental groups opposed the use of the technique to extract gas in a village called Belcombe, England. The fracture had already been banned in the country in 2011 after geologists associated the technique with earthquakes in Blackpool, northwest England. However, the method was resumed in the second half of 2013 under the claim that gas could be an inexpensive alternative to electricity – the UK faces problems in this regard.

Here is a list of cons or disadvantages of fracking

Fracking allows access to gas and oil resources that are impossible to exploit in the conventional manner. In the US, as has been said, it has meant a great boost to the production of oil and that is also why we currently have fuel prices (gasoline, diesel …) at the 2012 level . In addition, the USA thanks to fracking have secured their reserves for another 100 years.

It is estimated that the implementation of the fracking technique will generate employment in depressed areas the onwners of the land will also be greatly compensated .

Another pro of fracking is that it is cheaper than methods available to extract fuel from the rock  did not offset the investment. 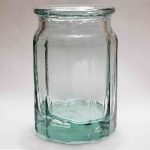 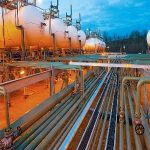