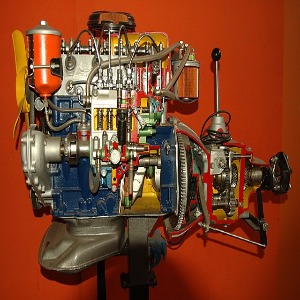 Diesel-powered vehicles are another option in this extensive market. Accustomed to seeing this type of engines in vehicles with high-performance trucks, pickups, as well as heavy machinery, nowadays they can be obtained under the bonnet of any family car. With the technological advances, diesel engines changed a lot of its pros to cons such being slow, pollutant and noisy engine that was formerly known, to be the main competitor of the gasoline engine that we see installed in most of the vehicles that circulate our streets and avenues.

What is a diesel engine ?

The diesel engine is a thermal engine that has alternative internal combustion that is produced by the auto-ignition of the fuel due to high temperatures derived from the high compression ratio it has, according to the principle of the diesel cycle . It differs from petrol engine to use diesel/gas oil or heavy petroleum oils, natural oils as fuel as sunflower oil (in fact the first fuel used in this engine was the oil of peanut ). It is also very efficient in thermodynamic terms, the best and most developed reach up to 40% or 45% efficiency, a very high value in relation to almost all gasoline engines, is one of the engines most used since its creation in various applications.

But like everything in life, this type of engine has pros and cons, and then we identify some of them.

Advantages and Pros of diesel engines

Durability and long life. The pros of a diesel engine over gasoline are that it gives a longer service life.This is probably the most important characteristic and it is because the combustion process of a diesel engine is by air compression, while that of gasoline needs a mixture of air and gasoline to generate the explosion that takes place inside the pistons. This, in the end, results in much less wear and tear on your parts and more endurance of miles compared to your petrol torque. The diesel engine does not need frequent adjustment, but the stability of its operation depends on the level of resistance of the air filter and the accuracy of the advance angle of the fuel injection. And these parameters should really be checked frequently and carefully, only so all the advantages of the “diesel” will work for you.

The design is simpler. There is no ignition system, which means that the reliability is higher

Reliability . Since Rudolf Diesel (late nineteenth century) created this engine has been adopted by all the machines of hard and heavy work that can be imagined, thus earning its deserved fame, but in fact what makes this type of engines are really reliable, it is its simplicity: there are no spark plugs, cables, rotors, distributor, etc.

The principle of the engine has been maintained and it is few, but strong pieces, compared to a gasoline engine, have made it extremely reliable to the consumer.

Economy .Compared to gasoline engines, the main advantage of diesel engines is their low operating cost, due to the price of the fuel they need to operate.This type of engine can roll more than twice as far as a gasoline engine, with the same amount of fuel. This is due to the fact that diesel has a higher density than gasoline and as a consequence saves 30% of its consumption.

As for fuel consumption, a jeep with a gasoline engine consumes more than a diesel “road train” truckers. For the carburetor motor, moisture is the main enemy . Sometimes there are enough drops of dew, which somehow got into the ignition system so that the engine stopped. It can not be said that this happens often, but there really is such a weakness.

For a diesel engine, such a problem simply does not exist, since an electric current is only needed to start it. On many off-road cars equipped with diesel engines, the air intakes are installed above the roof of the car, which allows the cars to cross even through rough flows without risk of decay. Hence the popularity of such motors in extreme sports increases.

Thus, even a dozen years ago the diesel engine was not as practical as the petrol engine, but today we have reason to assert the opposite. The technology of production and maintenance of “diesel engines” became more accessible, this engine is now more economical and more convenient. The only task for the car owner is to perform diagnostics and maintenance on time.

Towing capacity. These engines generate a lot of torque as a result of the low revolutions it generates, which translates into an increase in its effectiveness and ability to load or drag, which is much higher compared to that of a gasoline engine.

Disadvantages and cons of diesel engines

The initial con of these engines (mainly acquisition value, maintenance costs, noise and less performance) are being reduced due to technological improvements that have been made over time in their original design, especially in terms of injection fuel feed electronic and forced air with accessories such as the turbocharger or electric compressors and in the reduction of vibrations by the introduction of dual-engine flywheels . The use of a pre-camera for automotive engines, performance similar to that of petrol engines is achieved, but there is the drawback of increased fuel consumption, with which the main advantage of these engines practically disappears. In recent years, the price of fuel has surpassed ordinary gasoline due to the increase in demand. This fact has generated complaints from consumers of diesel, as is the case of transporters, farmers or fishermen.

Price . Historically the price of a vehicle with the diesel engine is quite higher compared to that of a gasoline engine. Even though you can balance this fact with the low fuel consumption and durability compared to its similar, the cost difference between the two can be considerable.

Maintenance . The periodic care of this type of engine must be much more frequent than that of any other because if they are not done regularly they can become highly polluting.

Weight . The diesel engine is much heavier than a gasoline engine, but due to its power-to-weight ratio it is not given much importance, although it is still a disadvantage.

Absolutely all the experts say that one of the cons with diesel engine can arise in the winter in case of refueling inappropriate fuel for the season. The fact is that according to physical properties diesel fuel is divided into summer and winter. The first in production is cheaper by 30%, however, it also freezes at -5 degrees Celsius (this process is called paraffinization). Winter diesel does not freeze to -35 degrees. In theory, with the onset of the first cold weather at the gas station should only deliver seasonal fuel, but, firstly, do not always do it, and secondly, the tankers try to sell the leftovers before the delivery. For the motorist, the result of refueling the fuel that does not match the season can be pitiable. This problem is relevant for older diesel engines that are not equipped with a preheating system. Also, in order to ensure normal start-up of the engine in winter, it should be ensured that the fuel in the tank is special – “winter”.

Diesel engine is heavier than gasoline. This affects both the weighting of the car and its dynamic characteristics.

In the decade of 2010 there have been many critical voices against the diesel engine. He is considered guilty of the increase of particles and pollutants by nitrogen oxides in cities. To this is added that the advantage of cheaper fuel is no longer such, by matching the prices of gasoline and diesel. There are even European countries that propose the end to diesel by 2025 , also in some cities in Europe it is prohibited to drive diesel cars to reduce pollution.

The fuel system requires more expensive after-sales service: you need to change the oils and filters more often. And for diagnostics and repair of modern diesel engines, expensive equipment is needed. Consequently, the cost of these operations will also be high.

Speed . They are slower engines, although the technological developments of today have made these can generate speeds similar to those of a gasoline engine.

Repairs . Labor, as well as the cost of parts / spare parts, is more expensive even though it is also less likely that it is necessary to change parts because their technology, durability and frequent maintenance contribute to reducing the risk.

Noise . With everything and the advances of today, the diesel engines are still noisier than those of gasoline.

Currently the automotive market has a better variety of propulsion options for vehicles and as technology is developing, new possibilities will surely appear. This will offer the consumer the possibility to choose not only based on aesthetic, economic or performance criteria but also consider the impact that these may have on the environment. 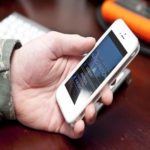 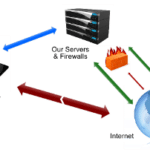