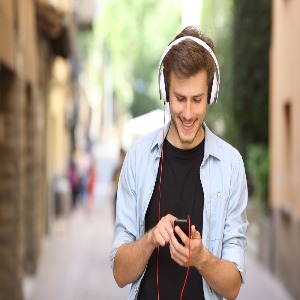 Believe it or not, Apple has NOT invented wireless headphones . In fact, its big competitors, especially the Korean LG and Samsung and the Japanese Sony , have been selling wireless headphones  for years to be used with mobile phones and other devices . But that Apple has removed the jack to connect them is a substantial change. In any case, the question is obvious: are  wireless headphones really better ? We tell you its advantages and disadvantages .

Go ahead you are not going to talk about the Airpods of Apple in particular, but of wireless headphones in general . Apple’s have some interesting elements, such as the built-in chip or the special battery case. We analyze the sector in general, without talking about a specific article.

In addition, we are not going to talk about quality , because in this field, like everything, there is a high range of pricesand qualities .

Yes, wearing a wireless headset is very convenient . In fact, its main advantage is its own definition: without cables. It was finished unwinding the cable to hear a song, it ended up having to hide the cable, it was over that the cable bothers us to move.

The cable limits the distance at which we can move around the sound devices. The cables tend to be 1-1.5 meters, so that is the radius of action. It is clear that ‘wireless’ does not mean unlimited, but usually allows a much higher range of motion, up to 8-9 meters with respect to the emitter of sound.

Wireless headphones are more than just headphones. They are accustomed to incorporate other functions such as hands-free or volume control buttons, as well as touch panels or forward / backward song. There are more functions, then, to control the device.

Another advantage is that you can change the device without having to change the cable. That is to say: we do not have to remove the headphones to move to another device, but simply to link it with the new device.

Finally, wireless headphones, do not ask us why, but have a design usually more careful than the ones with cable. There are models for athletes, but also for the more ‘ fashion ‘. Having no cables, in addition, are better.

Yes, friends, everything that travels without cables can suffer interference , and more in such a charged environment as the current one. In the recording studios they will continue using headphones with cables, because these are the only ones that can guarantee that there will be zero interference , that is, there will be no cuts in the transmission. It does not have to happen, but there could be problems with the wireless …

Wireless headphones mean paying higher prices . There is no color between the cost of the materials to connect the terminal via the cable than through the wireless. The design, the connection and also the extra functions are paid for. For the same quality, then, the cost of wireless is higher.

Like any electronic gadget, wireless headphones need something as simple as being recharged . If every night you have to charge your phone and your ‘ smartwatch ‘, it is likely that if you are an intensive user of headphones you will also have to feed your wireless headphones. In addition, the device that emits the acoustic signal will also see how its battery runs out before.

If something good has the cable is that it bulges and that makes it much easier to find the headphones by putting your hand in a bag, for example. Having no cables, especially in the case of smaller headphones, can lead to a simpler loss , not knowing where you left them or why they fall and do not realize.

5. DIFFICULTY OF USE AND COMPATIBILITY

Yes, everyone does not have to know how to connect a wireless headset to their devices, nor do all devices have to have a wireless connection. The transistorslifelong obviously do not have bluetooth or infrared, and even may have problems with some phones. In any case, it is necessary to check which connection system the desired headphones require and if the devices with which we are going to use it are compatible or not. 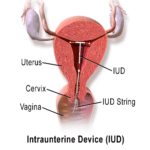 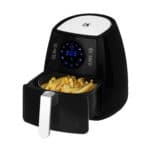