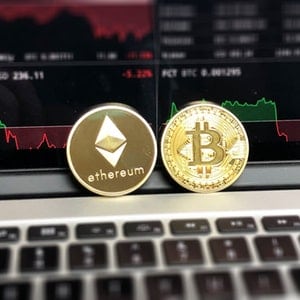 The bitcoin is the most popular virtual currency but ethereumis slowly taking importance the in the cryptocurrency market, it has become the best alternative to bitcoins so we will explain the differences between Bitcoin and ethereum .

As each currency is different and has different characteristics, we will tell you in detail the differences between these two electronic currencies. Which one do you prefer?

Differences between Bitcoin and Ethereum

To talk about the differences of these two types of cryptocurrencies we must first know the characteristics of the bitcoin and the ethereum , although there are virtual currencies, these two are the most important current and that is why we are going to focus on them.

First of all, we recommend that you take a look at this article to know the advantages and disadvantages of cryptocurrencies.

We started with one of the main characteristics of bitcoins, the limit of currencies which was established in 21 million bitcoins. This means that no more bitcoins will be created, they can only be sold and bought to make economic operations. You may be interested to know how to earn bitcoins.

While the ether has no limit to creating coins, it is an inflationary system, so this is one of the features that most attract attention to be the alternative to bitcoin.

The operation of the cryptocurrencies is through block chains or blockchain but between each coin, there are differences in the time or speed of generating these chains of blocks.

As the processing of bitcoins is a little complicated, the creation of block chains is every ten minutes but the creation and confirmation of a new block of Ethereum are done in just 16 seconds.

Another difference is in the size of the blocks, understanding that the blocks have all the transactions that have been made since the last block that was mined and confirmed.

Knowing that each bitcoin transaction has the information data but this data cannot be greater than 1 Mb , and, in contrast, in ethereum there has no limitation with the size of each chain of blocks .

As we mentioned at the beginning of the article, each cryptocurrency has some characteristics, in this case, Ethereum has created a new concept that other currencies do not have, intelligent contracts.

What are smart contracts? These contracts make it easier for two people to sign a contract without having geographical problems, that is, they can be done from anywhere.

Finally, we will see another difference, although the two currencies are focused on mining and mining activities can be done each of them have some demands.

To mine bitcoins there are devices that have already been created to perform these operations while for Ethereum they can only be done with devices that have GPU or CPU, that is, you can do it from a normal program.

On the other hand, the mining rewards of these two cryptocurrencies are also different, the reward for each block mined in Ethereum is 5 either without changing over time while mining a block of bitcoins is cut in half each time it is mined. they mine 210,000 blocks. 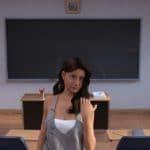 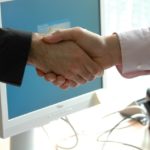