The action potential and the graduated potential are two types of changes in the membrane potential that can occur in an excitable cell (neuron, muscle cell, etc). Although both suppose a change of voltage, each one has characteristics of intensity and different speed.

The graduated potential , also called stepped potential or gradual potential , is a change in the membrane potential of variable magnitude that decreases with distance. They are a consequence of the sum of the individual activity of ion channels regulated by ligand , not including voltage-dependent channels.

The stimulus that triggers a graduated potential can be the action of a neurotransmitter or a mechanical stimulus that affects the ionic permeability of the membrane; for example, stretching, temperature, etc.

The action potential, unlike the graduated potential, is of the “all or nothing” type , in other words, its magnitude is always the same regardless of the intensity of the stimulus . The action potential can travel long distances without losing intensity and involves the opening of ion channels regulated bysodium and potassium voltage .

Action potentials can occur in neurons, muscle cells and endocrine cells. In neurons they have a fundamental role in intercellular communication and are also known as nerve impulses . In the remaining excitable cells, the action potential is the signal for the initiation of intracellular processes. For example, in muscle cells it triggers muscle contraction, or in the beta cells of the pancreas it causes the release of insulin. 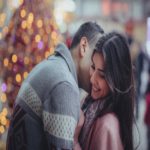 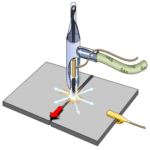