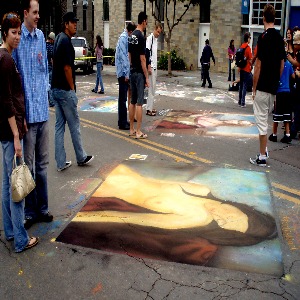 Many tourist destinations have had to face the positive and negative effects of tourism. The challenges generated by the massive displacement of people requires in the first instance to know the different impacts that could arise, in order to have a possible action plan that helps to lead to a profitable development for both actors (tourists and receiving communities) .

The following list shows a series of effects generated by tourism to culture among peoples, although not all of them are negative, the reality is that there is a greater chance of affecting than benefiting. It will be up to each one of us to help preserve and preserve the knowledge, ideas, traditions and customs that characterize a people, rather than the destruction and loss of them:

1. Erosion of the local culture

The excessive amount of tourists and the demand of products in the receiving localities, can cause that traditional craftsmen elaborate products by quantity and not by quality, what degrades the artistic and symbolic values ??of the locally produced art already long could conclude in the disappearance of the culture.

The art produced in local communities can be transformed into a marketing product with the sole intention of selling “superficial” items to the tourist, exploiting the culture and losing its roots in the cultural heritage.

If the local community does not participate directly in the establishment of tourism development, they may become hostile to tourists; This happens because it is known that tourism could destroy traditional ways of life and economies, creating dependency and poorly paid jobs.

It can happen when due to the great influx of tourists, the locals divide into two scenarios what happens in the community, on the one hand they show the tourist some “superficial” traits of their culture and on the other they turn away from them to keep intact their traditions and avoid the impact of tourism. “The staging” of cultural experiences diverts tourists from the authentic local culture but helps their preservation.

5. Lack of authenticity in tourism experiences

In order to satisfy mass tourism, “imitation” items are produced and marketed; In addition, it is common to establish “false areas” where the tourist only perceives details of the real symbols. However, some researchers (Cohen, 1995) affirm that the tourist agrees with this, as long as it benefits the ethnic groups.

The exposure of culture to other groups can lead to the adaptation of artistic traditions through the modification of original art, which could also maintain and revive the original traditions.

It is produced by treating local culture as merchandise for sale and commercializing with it. It happens for example, when some events and traditional festivals are put on sale “on demand” to live distorted experiences of reality.

The changes in the way of life of people and the contact between different cultures and their ideas, values, institutions, technologies, policies, etc. occur as a result of the evolution of societies. It happens that the industrialized countries have greater impact on the cultural changes of the underdeveloped countries. Tourists are seen as agents of cultural change (Pearce, 1995).

In tourism, it refers to the process in which tourists and host communities adapt elements of their cultures to each other. Example: gastronomy, ways of dressing, traditions, languages, art, architecture, religion, and leisure activities.

It happens when there is a temporary and random change in culture. An example is: a temporary change in the language; Over time, pronunciation, vocabulary, spelling and even grammar can change, mainly due to changes in technology and education. In the case of tourism, since the displacements of people occur in certain periods of time, in the same way cultural displacements can be temporary. The greater the contrast between tourist and host, the more significant the changes are.

It is the result of different groups or individuals of people having contact with each other and causing changes in traditional forms of behavior, either in one or in both. A more developed culture is more likely to influence a less developed one; just as a host culture is more likely to have more influence on a visitor, than the opposite. Another characteristic is that acculturation can be voluntary or forced.

It occurs when some elements of a certain culture adapt to others. For example, the receiving community must include elements of the culture from which the tourists come, which could lead to the commercialization of the culture. What at first could represent euphoria of the locals for receiving tourists, could end in apathy and annoyance.

The difference between acculturation and assimilation is that the first causes the addition of certain elements of another culture, but that they can be temporary (for example: for the duration of the tourist), or simply add to the original culture; On the other hand, assimilation occurs when one element is replaced by another.

It occurs when residents adapt behaviors of tourists that are considered high value. These behaviors are identified through observation and are believed to have positive and / or negative effects. Example: increase in work and productivity, or resentment and anger in not achieving the same lifestyle.

The technological development has generated massive displacements of people who travel to different territories to know other cultures, however, there is no clear theory on whether this generates peace and understanding among peoples or conflicts due to their differences. Although many researchers claim that cultural differences cause greater conflicts than political or economic differences. 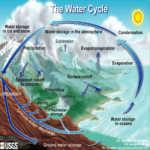 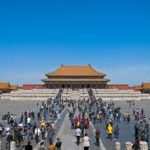