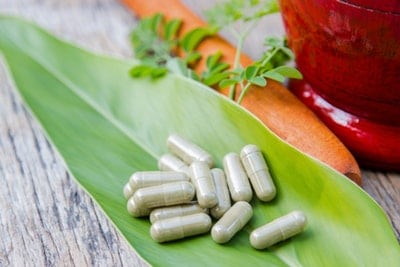 Natural medicine and the so-called conventional medicine – or western medicine – often come into conflict. For many, allopathic doctors, focused on symptoms, forget the “causes” of the disease with invasive treatments. For the vast majority, alternative medicine is ineffective, insecure and amateurish.

Both are right, no medicine causes as many side effects as conventional medicine, but it is also true that it is the one that has more and better results in emergency treatment.

There are few who propose collective treatments, not to confront natural medicine to conventional medicine, but to understand that clinical development has produced great advances, while natural treatments can complement them or help us break the cycle of medication and disease.

The invalidation of non-Western medicine has serious consequences. It puts on the same pedestal invaluable treatments, as are many indigenous medicines, Chinese medicine or Ayurveda, and experimental and insecure treatments. Also, it makes many treatments badly prosecuted:

Acupuncture, for example, is excellent for treating physical disorders derived from emotional ailments such as stress, but not as good at losing weight or combating the effects of aging. However, acupuncture is regularly used in aesthetic clinics.

A masseuse trained in health techniques can help treat fainting or even heart attacks, and can certainly help you lose weight without the danger of dieting, but very recently in the medium and long term in chronic degenerative problems that require a change in lifestyle.

The conclusion is that we cannot generalize. Many of the alternative techniques have been perfected for centuries and medical research has not yet reached them. Others, such as macrobiotics or shiatsu have taken advantage of the medical knowledge of their time, but run the risk of being outdated. The best thing to do is work together.

In the spectrum of medical research, too much emphasis is placed on the scientific method. In principle, this may seem appropriate, since it is believed if a treatment can not be validated scientifically should not be accepted.

But not all knowledge can be validated scientifically. Partly because the codes of scientific thought do not recognize principles such as “energy” or chi, and partly because the principles of evaluation continue to depend on Western schemes: what for a doctor can be a symptom of illness, for an alternative therapist There may be two or more different symptoms, or none at all. The concepts of health and disease are not completely universal.

This causes current medical treatments, which have proven effective for thousands of years, to be discredited by different sectors of the medical community.

Emphasis on health, not on disease

The main difference between so-called allopathic medicine and most alternative therapies is the emphasis on disease . Western medicine develops systems to measure and combat symptoms, which represent the disease. Remedies against headache, hives, cancer or schizophrenia, all from the perspective that something that can be a symptom, can also be an evil.

Alternative therapies tend not to look at the disease, but to seek health through balance in the body.

The body reveals a relationship between symptoms and disease, which is measured and treated by Western medicine. On the other hand, the subtle relationship between the energies of the body, the origin of the disease, is much more difficult to measure by technological devices and therefore its effectiveness is compromised.

The technological advances of recent decades seem to move towards a break with the Cartesian paradigm, in which medicine (Western) must deal with the body, while the religion of feelings and the soul. Recent technologies agree with many of the principles of alternative medicine, in which the individual must be understood as a whole, not as a collection of organs, much less as a symptom that must be remedied.

Both alternative therapies and medical science should come together in a climate of mutual respect. Mistrust has caused both to be demonized and distancing, to the detriment of the individual.

The great advantage that many alternative and complementary treatments have is their harmlessness: they are relatively harmless. The search for professional standards and integration with conventional medical treatment can help ensure this safety and recognize the scenarios in which these medicines work best.

Government regulation is also important. The lack of control over content in the supplements and the lack of consensus around doses and sources, compel the responsible therapists to compete on the same stage as charlatans and swindlers, well below the standards that protect the pharmaceutical industry.

Undoubtedly, the ball is on the side of medical science, which is used to break with its own paradigms. Alternative therapists will have to accept that their treatments are not absolute and infallible, but at the same time defend the cause of their validity. 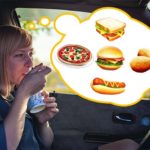 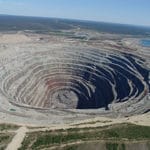