Hallux Valgus , more colloquially called bunion of the first toe. It is a deformity of the first toe in which there is a deviation of the phalanges inward and the metatarsal outward. The way the foot works during walking is abnormal and favors the deforming of the bones as a result of the body’s load and the mechanical function to which it is subjected. It is a deformity that creates serious problems of aesthetics, foot support and walking.

Are these your symptoms?

Foot enlarged with a bulge on the inside with reddened skin, shiny, thin and sometimes ulcerated, other times with calluses. It produces intense pain and alterations of the aesthetics and of the march. The first toe is deviated outwards. The second toe moved upwards in claw or hammer position. Frequently with painful calluses, they prevent the use of normal footwear. The anterior sole of the foot (metatarsalgia) may ache with the appearance of a fall of the anterior plantar arch and very painful calluses. The same problem usually occurs in both feet.

Ways to get rid of your bunions.

There are several treatments to treat this deformity. We will only focus first on orthopedics.

These product of orthopedics works very well to reduce the bunion in its earliest stages. The bunion splint allows for effective toe correction and bunion pain relief from hallux valgus, overlapping toe, turftoe, and crooked toe. They can be wore all day or as a nocturnal posture corrector of bunions . View some top rated bunion splint corrector which gets rid of bunions

Interdigital separators (between the toes). We have two types of interdigital spacers that can help us reduce the bunion. On the one hand we have the half moon type and on the other the reel type . Both separators prevent the formation of interdigital helomas, protect against chafing and pressure zones and also get the correction of the bunion (always in early stages). Its effects are several; they align the toe with respect to their metatarsal, reduce the pressures in the interdigital space and favor the takeoff phase.

But what is the difference between them? Which one should I choose? If your bunion is very deviated towards your other metatarsals, you will need a reel type separator , which provides a great separation of the interdigital space, in order to separate the first toe with the rest. If it is not very deviant, in that case you will need a half moon separator , as they are finer they have better adaptation to the interdigital space. These materials are made of extra-soft medical silicone, which makes their shape and design as anatomically as possible. The touch is soft and pleasant, soft, light and comfortable to wear and wash. It adapts to body temperature and is another great method to get rid of bunion.

Check out these silicone separators

Protectors of Hallux Valgus. There are several types of protectors for the bunion, silicone, with an elastic fabric to fit the foot, with separator bunions … We will focus on 3 of them. These three types of bunkers or protectors have the same function. They are indicated for the treatment of the bunion, they protect the area against chafing and excessive pressures getting an effective and comfortable action, it reduces the pain in the osseous protuberance, it protects the skin and the cutaneous tissue. Its effects are indicated to align the toes respect to your metatarsal and recover the functionality of the first toe. 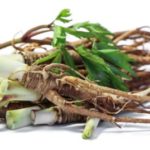 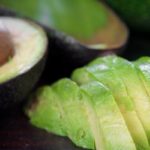