Do you have irregular periods, short periods, with cramps, or do you suffer from premenstrual syndrome?
It is easy, either simply to despair, or to focus on medical solutions to these problems that can certainly interfere with pregnancy, especially since it can be difficult to figure out when you are going to ovulate with irregular cycles. Some women decide to explore natural options and herbs in an attempt to cure their problems. Dong quai is an herb of Chinese origin that is said to help with these problems.

What is dong quai?

The Latin name for dong quai is Angelica Sinensis. It is the Asian version of angelica root, which is also said to positively influence female fertility. Dong quai grows in the mountains of China, Korea and Japan, and has been used to treat female reproductive problems and circulation, for more than a thousand years. In traditional Chinese medicine, dong quai is used very little as a stand-alone, and instead combines with other natural treatments. In fact, there are few scientific studies that indicate that dong quai could be an effective treatment. We get used to:

Some dong quai advocates claim that it may be of benefit to women suffering from reproductive conditions, such as polycystic ovarian syndrome (PCOS), endometriosis, ovarian cysts and uterine fibroids. Because dong quai can make the uterus contract, it is not safe for use during pregnancy. Actually, dong quai is so powerful that it is suggested as an herbal “treatment” to induce an abortion or to complete a miscarriage. It can, however, be used to help a woman recover from childbirth more quickly. Men who are trying to conceive are also said to benefit from taking dong quai. This is, again, due to its circulatory effect.

Dong Quai contains vitamins, including vitamin B12, phytosterols, flavonoids and many other beneficial components. It has analgesic, anti-inflammatory, anti-spasmodic and soothing properties.

Dong Quai is still widely used in gynecological diseases in traditional Chinese and Korean medicine, and is used for ailments such as late menstruation or premenstrual syndrome, menopausal symptoms, fatigue, mild anemia, hypertension and as a tonic. It is also used as an aphrodisiac. Dong Quai can improve hot flashesand cramps, it helps with dizziness , blurred vision, insomnia , nervous weakness and also in osteoporosis .


Chinese research has found that Dong Quai stimulates the production of oxygen-carrying red blood cells in the body.

How is dong quai taken?

Dong quai is very rarely used as a single ingredient treatment. It is usually prescribed in the form of a tea, along with other herbs. Cinnamon and peony are two ingredients that are often combined with dong quai in a tea. I have also seen tinctures and capsules in the market. It is possible to buy dong quai on the Internet in several ways, and sellers will tell users to take the herb. As with any natural treatment, it is good to keep in mind that herbs can have very powerful effects. Natural medicine has a reputation for quackery among many people, but nobody would doubt that marijuana actually has some kind of effect, right? Natural treatments like dong quai are not different, while they can also be useful for some women, They can also be dangerous. I would like, therefore, to suggest that any woman who is considering the use of Dong Quai for problems related to fertility. Choose a doctor who has studied at a renowned university in China, is not a western herbalist or midwife. A good practitioner of traditional Chinese medicine is well informed and will be able to guide you as you use dong quai.

Side effects of dong quai 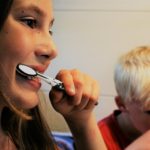 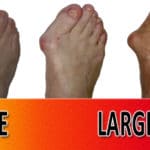