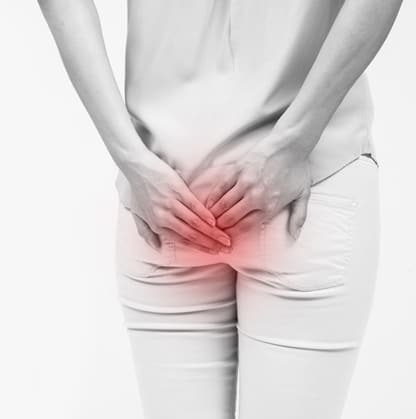 If not hemorrhoids, then what?

Probably hemorrhoids – we think when there is blood in the feces and we feel pruritus and burning near the anus. However, these unpleasant ailments can be symptoms of other diseases as well. These are diseases that imitate hemorrhoidal disease.

Hemorrhoids are surrounded by two circular muscles – internal and external, or sphincter muscles. These muscles are tense most of the time. This tension causes blood to accumulate in the hemorrhoids, and they themselves swell and adhere to each other tightly, creating a “defensive ring” that prevents intestinal contents from being removed from the body in an uncontrolled way. The stool is made possible by the fact that the muscles of the sphincter relax and the blood from the hemorrhoids flows away. When the vessels are excessively filled with blood, and when passing stool they do not empty completely, as a result, they become irritated and lose their elasticity.

It is not known exactly how many people suffer from a hemorrhoidal disease. The disease is so shameful that it does not admit much to it, and even less benefit from the help of specialists and undertakes treatment. The highest incidence – among cases known and treated – is recorded in people over 50 years of age. However, it is also estimated that occasional or frequent complaints associated with bad effects of hemorrhoids are now felt by every third person over 30 years of age.

The causes of hemorrhoidal disease are still not fully explained, but it is known that age is not the only factor in its development. The risk of its occurrence must also include people whose loved ones suffered from this disease, obese people leading a sedentary lifestyle, performing work requiring high muscular effort, standing or sitting in one position, as well as those using a diet low in fiber (easier to remove from the body of food leftovers), into fluids (improving intestinal peristalsis) , sitting for long periods on the toilet and complaining of frequent constipation or diarrhea (increased effort during stool pressure or too frequent defecation lead to weakening sphincters).

An additional difficulty in assessing the scale of occurrence of a haemorrhoidal disease is that in the initial phase it may not show any symptoms. What the patient senses is only minor swellings around the anus. In contrast, the first noticeable sign of this disease is usually painless, bright red, slight bleeding when passing stool.

Other symptoms of malfunctioning of haemorrhoids cause more discomfort and even lead to a complete change in lifestyle. It is about pruritus, the impression of swelling and pressure, irritation and a feeling of persistent humidity of the anus, feeling of incomplete stool and incomplete bowel movements and leaving traces of feces on the underwear. The symptom of a hemorrhoidal disease may also be pain – sometimes very strong, lasting for several days. It appears when blood in the hemorrhoids coagulates.

However, not all signs of a haemorrhoidal disease appear immediately and at the same time, because the disease itself develops gradually. It starts with the so-called internal haemorrhoids, i.e. minor bleeding, which does not originate from the hemorrhoid itself, but from the membrane located higher and ends with the so-called external hemorrhoids – sphincter weakness, and hemorrhoids become damaged, turn into “tumors” that fall outside and cannot be brought back into the anus.

Other disease with similar symptoms

When there is pruritus and burning around the anus, the first thought is suspicion of a haemorrhoidal disease. It turns out, however, that these ailments may also be symptoms of completely different diseases.

Another, equally embarrassing “imitation” of a hemorrhoidal disease is incontinence, i.e. reduced ability to control gas and stool discharge. Colloquially, it is called stool incontinence. The most common causes include damage to the nerves of the anal muscles during labor, surgical procedures and injuries of the tissue surrounding the anus, which can also destroy the muscles located there and inhibit the control of the sphincter muscles. Faecal incontinence may also occasionally occur during diarrhea, accompanied by a feeling of pressure on the stool, as well as in people with multiple sclerosis (when the nerves that control sphincter work are compromised). We must also remember (and unfortunately accept) that with age, sphincter muscles naturally weaken. Therefore, incontinence is a problem for many older people.

Small clots, or – in later stages – extensive growths, as well as burning, pruritus, feeling of humidity, bleeding and low pain around the anus are also symptoms of an infectious disease referred to as condylomata acuminata. They are otherwise called dermal warts or venereal warts, and are caused by human papillomavirus (HPV) infection. Most often, they can be infected by sexual intercourse (heterosexual and homosexual). There is also the possibility of a child being infected by the mother during delivery. The virus can also be moved on the hands, for example when using a shared towel, but these cases occur rather sporadically.

A PAIN THAT YOU CANNOT SIT DOWN

If the perianal abscess is not treated or not fully healed, the oil from the anus is leaking or from the hole in the skin in its vicinity, and consequently the formation of the so-called. anal fistula. For clarification, it is a narrow, straight (sometimes branched) channel, one outlet (primary, internal) in the rectum and the other (secondary, external) on the skin of the rectum. The fistula is usually accompanied by pain intensifying during the bowel movement or immediately after giving up, but also the presence of a perceptible under the fingers of the nodule and skin changes – irritation, inflammation, skin color change.

The occurrence of haemorrhoids in the last stage of the haemorrhoidal disease may be confused with the loss of the rectum itself. The latter is a result of muscle weakness, on which the rectum and perineal muscles are suspended. This state of affairs can be caused by many births, rectal surgery, chronic constipation and recurrent diarrhea, and can also occur with neurological conditions, ie multiple sclerosis or strokes.

CANCER – THE PRICE OF FALSE SHAME

The therapy of hemorrhoidal disease is as follows: Grade 3 and 4, as well as thrombotic complications, are treated surgically and / or related methods (banding, freezing and others). Steps 1 and 2 can be treated conservatively. Above all, regulation of stools, a diet aimed at loosening stools, changing the lifestyle (increased physical activity!), Locally ointments and / or suppositories. There are also oral preparations that improve venous circulation. Finally, we repeat again: there are no embarrassing diseases, only tragedies of late diagnosed cancers.

It is not known exactly how many people suffer from a hemorrhoidal disease. The disease is so embarrassing that only a few admit it and even less treat it.

WHAT IS WAITING FOR YOU AT THE DOCTOR?

It is embarrassing to talk about ailments of the anus, but overcoming embarrassment allows for quick diagnosis of the disease and its treatment. Doctors warn – if symptoms such as pruritus, burning, pain, blood in the stool are repeated, you should definitely go for proctological research.

Per rectum examination (through the rectum) – performed with your finger; during the test the finger enters the rectum to a depth of 7-8 cm.

Colonoscopy – the patient is placed on the left side, the endoscope is inserted through the rectum (extremely flexible optical-electronic device), which allows examination of the large intestine along its entire length, taking tissue samples for analysis and even performing minor procedures. The test lasts about 20 minutes and is performed under local or general anesthesia.

Sigmoidoscopy – a test also performed with an endoscope, but its purpose is to examine the last 60-80 cm of the large intestine, ie the rectum, sigmoid and part of the stool. It fulfills a diagnostic and therapeutic function, it also allows the removal of specimens for histopathological examination.

Rectal infusion (colon infusion) – radiological examination, which involves the administration of a contrast agent (barite or – less frequently – iodine solutions) to the large intestine and X-ray images of this organ.

TAKE CARE OF YOUR DIGESTIVE TRACT

2. Drink plenty of water and juices, minimum 2 liters a day.

4. Do not sit, just move! Gymnastic at home, go for walks.

8. Do not wear tight clothing or made of materials that irritate the skin.

9. Use the toilet at certain times and do not sit long on the toilet seat. 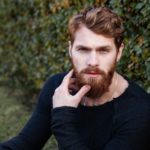 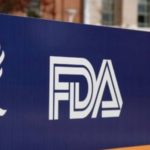