It is very common that the concepts of heat and temperature are confused and intermingled. Both with scalar magnitudes related to the kinetic energy of molecules, but however closely related, are very different concepts. Throughout this article we will try to know its most important differences .

For example, a glass and a pool can contain water at 30 ° C, but in the pool there will be considerably more energy and, therefore, heat. That is, the two bodies of water are at the same temperature but the pool contains more energy. This is the key difference between the two concepts: heat is a certain amount of energy, temperature is a property of the object.

The physical property shared by the three systems in thermal equilibrium is precisely what is called temperature. This property is directly related to the kinetic energy of atoms and molecules , both translational, rotational and vibration.


To measure this property, many methods have been tried, all based on completely arbitrary scales , since temperature does not measure an amount of energy, but a relative property. The methods most used today are those designed by Anders Celsius in 1742 and designed by Williman Thomson Lord Kelvin in 1848.

The symbol for the temperature in the International System is T and is measured in degrees Kelvin , a scale that starts from absolute zero, although in a colloquial way the degrees celsius are more used, also called centigrades. In some countries, the Fahrenheit scale is used, although less and less.

But as mentioned before, temperature is a property of substances, not a quantity of energy , although it is directly related to the average kinetic energy of its atoms and molecules and represents how hot or cold a substance is with respect to another. .

The heat, on the contrary if it is a quantity of energy. Heat and temperature have a close relationship: if two objects at different temperatures come into contact, heat or thermal energy flows spontaneously from the hottest object to the coldest until the temperature is equalized and the two objects enter thermal equilibrium, although this does not mean that both are left with the same amount of energy, but that the average kinetic energy of their particles is equal.


It is important to understand that heat is energy in transit , and therefore only becomes evident in the limits of a system. In these limits the energy in the form of heat can be transferred by conduction, convection or radiation to another system. Another form of energy transfer is work , and in the same way that a substance does not have “work”, a substance does not have “heat” . A substance has properties, such as temperature and internal energy, and can transfer this energy in different ways, including in the form of heat or thermal energy, or in the form of mechanical work.

For example, a substance could receive heat and increase the temperature. It would be warmer, with more internal energy, and could re-assign this energy in form in the form of mechanical work, for example expand, and decrease in temperature, since energy can be transformed from one type to another. That energy is absorbed in the form of heat does not mean that it will also yield in the form of heat. Heat is only one possible form of energy transfer.

To measure the heat released by a substance, numerous energy units have been used throughout history, in the current International System the symbol Q is used and measured in joules (J).

Heat is measured by the effect it produces on the state or properties of another body. For example, it can be measured by increasing or decreasing the temperature that one object produces in another, a procedure known as calorimetry . 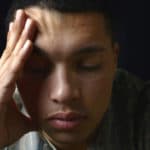 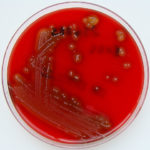