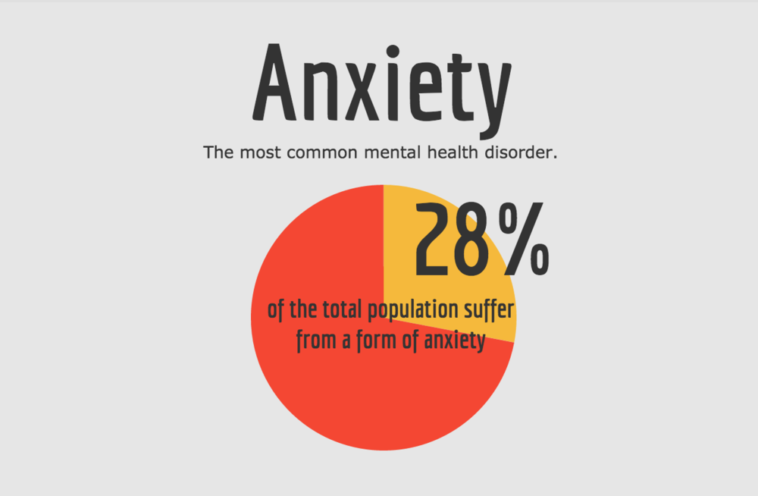 Anxiety is one of the most prevalent disorders or mental disorders worldwide. In fact, it is so frequent that probably most of us have noticed or will notice anxiety at some event or the stress of day to day, not being a stranger to have experienced any crisis of anxiety.

It is not uncommon when we are anxious to notice intestinal discomfort, malaise, tachycardia or hyperventilation, being physical symptoms of our high level of anguish. Another symptom that may occur is dizziness. Although they can appear for many reasons, sometimes they do so at a high level of tension and anguish. That is, dizziness anxiety, of which we will talk throughout this article.

Before entering to analyze why we can become dizzy by anxiety and to contextualize the situation, let us briefly remember what it means to get dizzy and what we call the anxiety.

What is a dizziness?

We give the name of dizziness to that sudden sensation of vertigo, dullness and narrowing of the consciousness that can arise in various situations and that leads to a feeling of discomfort, muscular hypotonia, and the appearance of blurred vision or tunneling. Sometimes the dizziness may end in a faint or loss of consciousness, and although they are usually sudden, we can sometimes notice a slight sensation of mental retardation, general malaise and / or previous agitation.

There are many reasons why we can become dizzy, such as dehydration, hypoglycemia or some diseases of greater or lesser severity, but it is also possible to find with a certain frequency that the experience of a continued stress, extreme moods or anxiety can get to provoke them.

With regard to anxiety, we consider as such a state of generalized and diffuse malaise that arises as a reaction to the anticipation of some possible evil or danger that may occur in the future, although it does not exist at the time of its appearance. directly dangerous stimulation. A mental and physiological state characterized by a high level of negative affect and a high physiological activation is generated.

Anxiety is characterized by having cognitive, physiological and behavioral components , generating responses in each of these levels.

At the cognitive level it affects the way we see the situations and emotions that awaken us. At the behavioral level it affects what we do or do not do to avoid anxiety with behavioral responses such as attempts to avoid or escape from feared situations. And finally, at the level of physiological activation the body reacts to anxiety in different ways, such as generating the presence of cardiac and respiratory acceleration or with the symptom that is the origin of this article: dizziness.

The presence of anxiety can occur before very diverse phenomena, being usually caused by the presence of traumatic or stressful situations over which we have no control capacity or the existence of excessive environmental demands for the resources that we consider to have . It is usually a consequence of some type of stress that generates a high activation, to which there may be some type of vulnerability at the biological level.

A very similar concept would be the one of anguish, although there is a small difference: the anguish usually refers more to the physical reaction whereas when speaking of anxiety we usually speak more of cognitive and emotional aspects.

How do dizziness appear due to anxiety?

As we have been commenting, one of the possible effects of anxiety at the physiological level is the appearance of dizziness. When this happens we find that the experience of a negative emotion, generally a very high stress continued in time along with fear, generate an activation of the nervous system in such a way that it affects the sympathetic nervous system.

Activation occurs that initially generates a high sensation of muscular tension in response to a possible attack or when we have to defend ourselves. Also, breathing and heart rate rise, something that causes much more oxygen to enter much faster in order to generate energy. But if the stressor is not reduced and continues in force, eventually our reserves end up being depleted and the body is not able to stay in tension permanently, which can lead to muscle tone loss, discomfort and dizziness.

Among other aspects, hyperventilation, in which our breathing is accelerated and superficial, makes the levels of oxygen that reach us are not optimal , something that favors dizziness and vertigo.

Also the level of muscular tension generates a great energetic expense that can get to make the system overload. Also the presence of tachycardia and high blood pressure will cause, when they go down because they can not sustain this level forever, dizziness occurs.

Anxiety dizziness, although annoying, is not dangerous for the subject’s life. However, it is advisable to take into account and rule out if they may be the product of some other type of affectation , especially if nothing has happened recently that generates a continued nervousness on our part.

At the neuronal level, these dizziness are explained by the activation of the nuclei of the vestibular system (which works with information on body posture and balance and which is linked to dizziness) and its connection with the limbic system (which works with information among others). emotional, as the own perception of fear and anxiety). It is specifically in the parabrachial nucleus where both systems converge, this being one of the main points that make us feel dizzy when we are nervous and anxious.

In this alteration are also involved different neurotransmitters, such as cortisol or histamine.

How can we avoid them?

The fact that the cause of this type of dizziness is the presence of anxiety makes it quite logical to find ways to avoid them: reduce or learn to manage our level of stress and anxiety in such a way that it does not generate somatic symptoms such as dizziness .

Some of the simplest and most basic methodologies, and at the same time useful, is the use of relaxation techniques . These include the use of breathing techniques such as diaphragmatic breathing , or the use of techniques that combine this with the tension and relaxation of muscle groups, such as Jacobson’s progressive muscle relaxation.

Another noteworthy aspect is to work with the beliefs and thoughts that generate anxiety, if necessary modifying and proposing alternative interpretations of the events with cognitive restructuring techniques. Decathrophization or putting yourself in the worst possible scenario to assess the real threat of the concerns can also be useful.

In addition, it may also be useful to work with physiological techniques such as biofeedback, so that we learn to evaluate the state and better manage our basic physiological processes (specifically breathing, cardiac activity or muscle activity).

Finally, it is important to emphasize the importance of keeping the organism hydrated and well nourished , as well as resting properly, in such a way that our physical condition makes it difficult to suffer from dizziness. 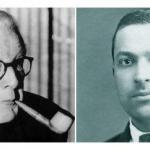 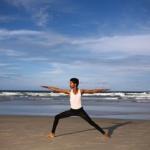