Organic farming is defined as a system of management and agricultural production combining a high level of biodiversity with environmental practices that preserve natural resources. It also incorporates rigorous standards for animal welfare. It responds to a growing demand for natural products by consumers, while contributing to the preservation of the environment in the context of sustainable rural development.

The term organic farming can only apply to the following categories of products:

To obtain and maintain certification in organic farming (to be solicited from an approved organization), the operator must apply strict specifications, adapted to each type of production and respecting the following principles:

Base on the above definition you can see there are a number of advantages for organic farming but like every thing there are disadvantages , which we will now look at.

The greatest erosion of soil in agriculture occurs for various reasons: natural causes (such as wind, rain, water, frost) and the no less aggressive caused by man. Mainly the lack of ground rest or excessive exploitation, and the overuse of exaggerated doses of chemical fertilizers. Agriculture itself is an activity that erodes soils, and organic farming is the response that seeks to reduce the impact on soil erosion through crop techniques that contemplate the preservation of natural resources.

The monocultures are responsible for the high levels of degradation of the arable surfaces and favor the appearance of pests and the decrease of the levels of natural nutrients of the soil. Organic farming is applied by planning through strict and studied crop rotation diagrams, preserving the quality of the soil and the food produced.Rotation in crops: different varieties of crops and plants are combined, avoiding monocultures and achieving synergies between crops. This in turn leads to an increase in the resistance of different plants to climate change, as well as the preservation of the fertility of the land. It can even be said that this system increases crop yields.

Traditional agriculture promotes the indiscriminate use of fertilizers and chemical products, degrading the environment through the accumulation of chemical waste, in water, soil and air. Organic farming eliminates the use of chemical products and artificial fertilizers, using alternative and effective techniques that consolidate an activity that takes care of natural resources, and preserves the essential nutrients for the soil and the food produced.

Organic farming preserves the nutritional quality of foods through a high level of protein, vitamin, etc. content. The key to the preservation of a high level of nutrition lies in techniques that include the elimination of toxic products, crop rotation, etc.

In organic farming, there is a decrease in the environmental energy cost, in contrast to traditional agriculture, which suffers from an increase in energy due to production.

Organic farming does not exhaust its advantages here, it is also self-sufficient, it contributes to the increase of biodiversity, it promotes a rationalization of marketing, it guarantees sustainable development, it empowers family enterprises, it has a positive effect on consumer health. Organic or biological agriculture is an increasingly developed and accepted alternative.

Organic livestock is a productive system whose main objective is to obtain healthy quality food, through the optimal and rational use of resources, respecting the environment, animal welfare and without using chemical synthesis substances.

Ecological livestock is closely linked to the land and does not conceive the production of animals without them being able to develop it is an open and natural space, therefore the intensive herds, that is, stables throughout the year, do not make much sense in the ecological production.

For livestock to be considered as organic livestock, it is necessary that both the animals and the agricultural area to which it is associated, this is the meadows and pastureland on which they feed, are registered in an authorized control body or “Certification “.

Organic farming promotes responsible and sustainable use of natural resources.

The organic products, being elaborated in a more artisanal and careful way, recover the original tastes and have a better taste. Because the plants are only regenerated and fertilized organically, they grow healthier and develop in a better way, preserving the authentic aroma, color and flavor. Therefore, many consumers prefer organic food, since they retain the true taste of each ingredient and allows them to recover the traditional flavor of food. In addition, organic foods are better preserved than conventional foods.

In organic farming, genetically modified organisms (GMOs) are not authorized. The cultivation of GMOs has negative consequences for the environment and research on the long-term consequences of transgenic cultivation is lacking; Currently there are no scientific results that demonstrate that the cultivation of GMOs and transgenic foods are harmless to the environment and human health, and unwanted effects are already known by the intake of genetically modified plants. Read more about the advantages and disadvantages of GMOs

Agriculture with genetically modified organisms leads to genetic uniformity and thus genetic erosion, which means a loss of variety, with large areas of the same crop. Organic farming wants to conserve and promote the genetic variety of species and types, and with it the richness of landscapes of native crops.

Organic foods do not contain synthetic additives that can cause health problems such as heart failure, osteoporosis, migraines, allergies, hyperactivity, Parkinson’s , etc. It should be noted that organic products, grown without the use of agrochemicals, respecting the rhythms natural and without additives, they are balanced and very rich in nutrients. On the other hand, different studies have shown that it is not essential to incorporate synthetic substances in the cultivation or production of food or in its subsequent conservation. No need to look for products out of season to meet the nutritional needs of our body.

In organic farming not all are advantages, it also has its disadvantages, some for farmers and others for consumers. Let’s see: 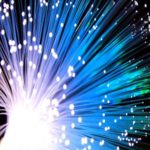 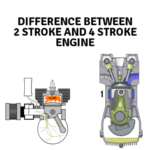