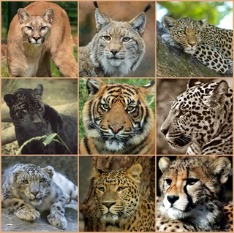 The leopard, the cheetah and the jaguar are big cats and can look quite similar if you do not pay a little attention to some details. In fact, perhaps they are the three big cats that we confuse the most and, therefore, many people seek information to know the difference well, such as fur, size, speed and habitat, among others, and learn to distinguish them without difficulties. They are spotted fur cats, predators with great hunting skills and, in some cases, even share habitat.

However, it is necessary to learn how to distinguish them if one wants to know these animals well or, also, in case of traveling to the countries they inhabit. The scientific names of these cats are Panthera pardus, Acinonyx jubatus and Panthera onca , but they are not the only thing that differentiates them. Keep reading this article to know the difference between leopard, cheetah and jaguar .

In the image highlighted at the beginning of the article we can see a leopard, a cheetah and a jaguar together and you can appreciate some of the physical differences. But, for these are more clear, we will detail them below:

As its scientific name indicates, the jaguar and the leopard belong to the genus Panthera , like many other felines such as the lion and the tiger. It should be noted that the black panthers, which are simply known as panthers, are actually jaguars, leopards and melanic cougars or with melanism, that is to say that they have darker fur, although you can get to see the drawings on the mantle, something that it is due to an increase in melanocytes, the cells responsible for pigmentation. In contrast, cheetah is another species of feline totally different.

The fur and the spots

The claws of the cheetah are not retractable and are somewhat rounded, that is, they are fixed outside and are not sharp, they are more like those of a dog, and those of the other two animals are, since they do not run as much but yes, there are trees In the case of cheetah, this is so that you can start running at any time and always have a secure grip for the race without wear or break the tips of the nails if they were sharp.

Cheetah’s chest is wider and deeper than that of the other two big cats because their lungs are larger in proportion to the rest of their body. This is because for your hunting style, reaching amazing speeds, you need more air to obtain an enormous contribution of oxygen that allows this operation.

So, by way of summary, these are the main physical differences between leopard, cheetah and jaguar :

Where the leopard, the cheetah and the jaguar live

This is another difference between the three species, since they inhabit different zones, although in some cases there are territories where they coincide and coexist. Specifically, the cheetah lives in Africa , in the central and southeastern part of the African savanna, although there is a subspecies in Asia, in serious danger of extinction, called an Asian cheetah. The leopard lives in Africa and the south of Asia , a much more extensive territory, being able to inhabit from the savannah to forests, jungles and rocky zones, is a very adaptable animal. Finally, the jaguar lives in Central and South America , specifically in tropical and temperate forestsfrom Mexico to Argentina.

Therefore, the jaguar does not coincide naturally with the other two feline species, but the cheetah and the leopard do coincide in some areas of Africa. When they coexist they encounter the problem that they have the same type of prey and they need a lot of territory to survive, so they compete with each other to survive. Anyway, the leopard adapts much better and is able to change some habits to be able to coexist with the cheetah.

How these cats are hunting is another big difference

There are several different aspects in the way of hunting of these cats, but we must bear in mind that chita is the one that is distinguished more in the hunting method of the other two, precisely because of its physical capacity. The cheetah is the fastest land animal in the world , thanks to its physique much more prepared for the race of hunting. This animal reaches 100 km / h in about 3 seconds, reaching a maximum speed between 110 and 120 km / h in short races of about 400 meters. Other differences between leopard, cheetah and jaguar with respect to hunting and survival are the following:

Facts on the leopard, the cheetah and the jaguar

To finish, we want to add some curiosities of these species that it is useful to know: 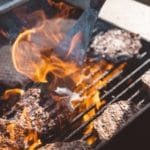 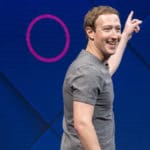