Today we are going to tell you what are the differences between hard drives HDD or SSD . For that, first of all we will start by describing, in a simple and basic way, what are the general features of hard drives or HDD as well as hard drives in solid state or SSD, so you can easily recognize them.

Then we will go to see a comparative table with the main characteristics of each one, and we will explain in depth what these are and what they imply. Finally we will finish telling you on what occasions it is recommended to use the HDD or SSD.

Hard drives, also known as HDD, are a computer component used to store your data permanently. This means that the data is not erased when the unit is turned off as it happens in the ones stored by the RAM memory. The first company to market them was IBM in 1956.

They are composed of mechanical parts, hence sometimes called mechanical hard drives, and use magnetism to record your data and files . It consists of one or more rigid disks joined by the same axis and rotating at high speed inside a metal box. On each plate and on each of its faces, a read / write head reads or records your data on the discs.

As finer the best recording discs will be, and the faster spin faster data is transmitted, both when read and the write. Usually, the speed of hard disks usually 5400 or 7200 RPM (revolutions per minute), although in some discs based servers can reach up to 15,000 RPM

In terms of size, the boxes of mechanical hard drives can be 2.5 “or 3.5”. Its price may vary depending on this size, but especially its storage capacity. In fact, the great advantage of these hard drives with respect to SSD is that they are much cheaper .

Solid state drives or SSDs (Solid State Drive) are an alternative to hard drives. The big difference is that while hard drives use moving mechanical components, SSDs store files in microchips with flash memories interconnected with each other . Therefore, we could almost consider them as an evolution of USB memories.

SSDs usually use NAND-based flash memories, which, as they are also non-volatile, keep the information stored when the disk is disconnected. They do not have physical heads to record the data, instead, they include an integrated processor to perform operations related to the reading and writing of data.

These processors, called controllers, are the ones that make the “decisions” about how to store, recover, cache and clean the disk data, and its efficiency is one of the factors that determine the total speed of the unit . In addition, by not depending on the rotation of a physical component, a quieter unit than mechanical disks is also achieved.

In terms of size, these discs are usually 2.5 “, and have a design almost identical to that of mechanical hard drives, which helps to fit in the same housings and slots where conventional hard drives are mounted in a computer.

In this table you can see what are the main differences between both storage technologies. The main difference has to do with maximum capacities and price . Keep in mind that SSDs are much more modern, so it is normal that their price is significantly higher. To this day, a 250 GB SSD can be worth the same as a 3 TB HDD .

Because they are storage units with no moving parts like their predecessors, SSDs have some notable advantages such as causing less noise and vibration. It should also be made clear that we can not say that mechanical hard drives are not extremely noisy either, so it is a not so important difference.

The one that is a remarkable difference is that of speed. In our comparison between the two technologies, we saw how an SSD started an operating system in less than half the time of a 7200 rpm HDD, and that it tripled its data writing and reading speeds . In our test we used an HDD that read and wrote data at 150 MB / s, and an SSD that read and wrote at 545 MB / s and 525 MB / s.

Obviously, these specific data writing and reading data always depend on the different models that are in the market. But usually SSD hard drives always tend to be much faster than mechanics. Hence, its high price.

The great concern around the SSD has always been around its durability, especially because of the little that had the first units to reach the market. The useful life of solid state disks depends directly on the amount of data you write on it, since each cell of a bank of its flash memories can only be written a certain number of times.

A study conducted by Tech Report  concluded that a fairly standard SSD, specifically a Samsung 850 Pro , could last up to 2.4 Petabytes of written data, which is equivalent to 2457.6 Terabytes. Therefore, the duration of one of these discs depends on how long it takes to write and rewrite the hard drive until you reach that amount, which is sure to be more than the 3 to 5 years guarantee that manufacturers usually offer.

One of the drawbacks of SSDs versus HDDs in durability is that it has a higher failure rate . Even so, this is improving from generation to generation, and has other advantages such as better resistance to shock. remember, HDDs have mechanical parts, so a blow could cause them to break or wear before shortening their life.

In any case and to avoid surprises, both in SSDs and HDDs that can last around 10 years or more, it is best to regularly monitor the health of your hard drive . There are collection of tools with which you can do it, so you know when you might be about to suffer an error that endangers your data.

What hard drive to choose?

If you usually download a lot of content from the Internet and you need large amounts of storage , or if you have a low budget, it is recommended that you continue using the HDD. They are also a good resource for external hard drives, where storage capacity above speed often prevails.

On the other hand, SSDs are recommended if you want to have a much faster computer . In fact, its speed can make a PC with some years go much faster without having to invest in other components. It is also recommended if you usually work in the edition of multimedia content or you are a lover of video games, since the loading processes will accelerate thanks to them.

In most cases, however, it is advisable to combine both types of hard disk . In a domestic tower, for example, you can use an SSD on disk C: to install the operating system there and go faster. You accompany it with a HDD as a secondary disk and you will have a perfect unit in which to store all the heavy files that you have on your computer. 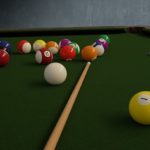 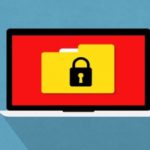