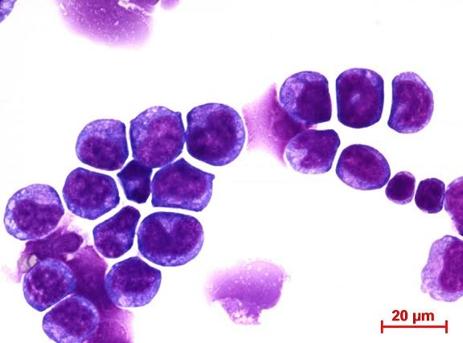 Acute myeloid leukemia (AML) is a type of blood cancer that, caused by improper maturation of the bone marrow stem cells that give rise to white blood cells-specifically, leukocytes called ‘granulocytes’ -represents up to 40% of all cases of leukemia that occur in the western world. A type of leukemia that, practically exclusive of adults, is fatal five years after diagnosis in up to 90% of those over 65 years. And while initial chemotherapy is effective in eradicating the disease, AML reappears in up to two thirds of cases, usually with a fatal prognosis.Consequently, it is necessary to find more ‘potent’ drugs. And in this context, researchers fromCincinnati Children’s Hospital Medical Center (USA) seems to have found a molecule that, combined with the treatments already available, is very effective in definitively destroying AML cells . Or so it happens, at least, in animal models -ratons.

As H. Leighton Grimes, director of this research published in the Journal of Experimental Medicine , explains , “our work offers a look at the function of the genetic and molecular programs that trigger this type of leukemia and exploits those processes to identify new therapeutic targets ».

The reason why this type of leukemia reappears after being initially ‘cured’ is explained because the available drugs, although very effective at eliminating cancer cells, can not kill the AML stem cells . Thus, and once the treatment is finished, these stem cells will give rise to new cancer cells, with which the disease will “re-emerge”. Therefore, the objective seems clear: you have to destroy, however, these stem cells. And for this, first we must identify – and dismantle – the genetic and molecular processes that induce the transformation of AML stem cells into cancer cells.

In the study, the authors analyzed human AML cells – more specifically, very aggressive ‘LLM-AF9’ cells and in which the mixed lineage leukemia gene (‘LLM’) is fused with the ‘AF69’ gene – with the purpose of identifying the function of the molecular signaling pathway of the microRNAs of the family ‘miR-196’. But what is a micro RNA?Well, a small chain of RNA encoded in the DNA that, instead of being used to produce proteins, has the mission of silencing the expression of other genes – or what is the same, regulating the production of the proteins encoded in these genes. And in the case of the ‘miR-196’ family, which includes up to 196 micro RNAs, you do not even know what it does or how it does it. Until now.

The results allowed us to identify the molecular targets to which the ‘miR-196’ bind to induce the transformation of the AML stem cells – or rather, of the LLM-AF9 – into malignant cells.And what is more important, they saw that the ‘miR-196’ specifically inhibits a gene called ‘Cdkn1b / p27Kip1’, responsible for controlling the molecular process by which the stem cells give rise to new LLM-AF9 cells.

As H. Leighton Grimes indicates, ” the blood stem cells, that is, the ‘normal’ hematopoietic cells, can not withstand excessive cell division. However, when ‘miR-196’ acts on the ‘Cdkn1b / p27Kip1’ gene, it accelerates the progression of LLM-AF9 by associating the activity of the stem cells with the proliferation of the leukemia cells. ”

Therefore, the inhibition of the gene ‘Cdkn1b / p27Kip1’, responsible for the expression of the p27Kip1 protein, is very important for the progression -and recurrence- of AML.This is so that the elevation of the levels of this p27Kip1 protein could have a ‘therapeutic effect’. But how to achieve it? Well blocking the destruction of p27Kip1.And for this, we must inhibit the enzyme known as ‘protein kinase 2 associated with the S phase’ (Skp2), responsible for degrading p27Kip1 and reduce its expression.

The authors used an animal model -ratons- to which they “transplanted” AML cells – again, from human LLM-AF9 -. And after provoking the leukemia, they administered the conventional chemotherapy for the disease and an experimental molecule that, baptized as ‘SLZ P1041’, is capable of inhibiting the Skp2 enzyme in human leukemia cells. And what happened? Well,thanks to the addition of the experimental drug, the leukemia cells died and were replaced by completely ‘healthy’ granulocytes .

In short, as the authors refer, « our results offer a new alternative for the treatment of AML ». However, there will still be a wait. As the director of the research concludes, “our findings are not yet ready for clinical application. We need to carry out further studies with animal models of AML before we can translate this strategy to human patients. “ 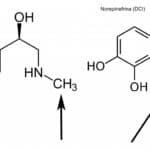 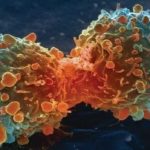