Plants are an indispensable element in an aquarium whether natural or artificial . They provide an ideal environment for aquatic life and are ideal for creating aquatic landscapes.

When we enter the world of aquariums , sooner or later we will have the irresistible temptation to introduce natural plants.

In my experience, I’ve had great plant allies, but also great enemies. So we will look at the advantages and disadvantages of plants in the aquarium. Do you want to know which? Keep reading the post;)

Advantages of natural plants in an aquarium

As I have previously told you in the blog, most of the waste found in the aquarium water is in the form of ammonia and nitrites. They are the most dangerous substances for our fish in the aquarium environment. These substances are converted through the bacterial population of the filter (mainly) and the substrate into nitrates. These nitrates are much less toxic than the first ones, but in large quantities they are also harmful, although of course, this depends a lot on the fish species and their sensitivity. These nitrates, besides being able to be harmful to fish, can also cause, in the absence of a sufficient plant population, the well-known eutrophication (very common in our lakes and rivers) with the usual algae plague. So, the main advantage of the presence of plants in our aquarium, is that they capture these nitrates, using it as a fertilizer for their growth. So not only do they eliminate it, but they use it to grow more and better.

Not only do they have chemical advantages such as nitrate fixatives and other possible substances, but also, due to their growth, they can serve as a refuge for small fish, prawns or fingerlings. This is of great importance, not so much in breeding aquariums, but in community aquariums, in which for fry or prawns to survive it is essential to have leafy growth plants.

The infusoria are fundamental microorganisms for the feeding of fry during their first days of life. Days in which they will not even be able to eat even freshly hatched brine shrimp due to their small size. These infusoria abound with the presence of plants such as java moss, although its proliferation can also occur in the presence of feces of snails such as Melanoides .

Disadvantages of plants in the aquarium

Not everything was going to be advantages. Everything has its pros and cons, and plants in aquariums were not going to be an exception. Plants, like any living being, die, or in this case, they spoil. Or whatever,  term suits you best, but sooner or later, either completely or partially, they end up decomposing. And adding waste substances to the aquarium. This can be dangerous when species are kept very sensitive to chemical changes in the water, or when breeding aquaria of certain species are kept. This is the case, for example, of prawns. I have come to read that even the absence of plants is recommended, due to the great stability that they come to need.

During my time with the dwarf cichlids of the Tanganyika I came across a serious problem: plants that take over your aquarium . Without any other competition, the Vallisneria invaded my aquarium, and like any plant, it broke down in parts. This caused, or at least I think, some ph variations that were key at the end of the aquarium. Therefore, if you are going to have an aquarium in which you want to maintain a high pH forget about plants. Focus on the rocks, the sand, the fish and the filter. Maybe you can put some, but very slow growth type Anubia .

Related to the previous disadvantage. The combination of a lot of light, with many nitrates and fast growing plants, gives rise to a vegetal invasion in your aquarium. It becomes very annoying with floating plants, for example duckweed. Although there are others such as foxtail or Vallisneria that also proliferate to despair. So before introducing a plant, you must know it, know its growth, what they need, and above all the assiduity of the prunings that you are going to have to carry out.
I hope you find the information  useful and this will make you decide to remove those plastic plants and introduce real plants. It is true that they may have their disadvantages, but in the vast majority of occasions, the advantages of plants win. And is that not only win in advantages for your water and fish. 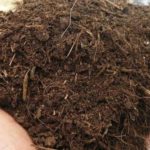 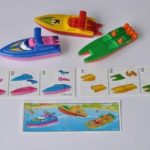