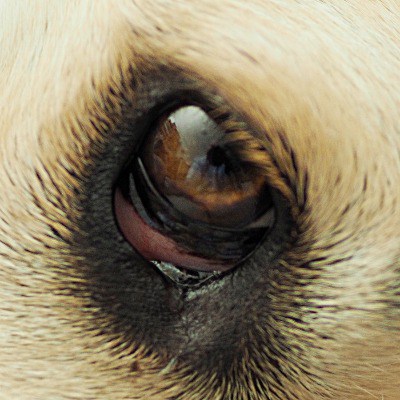 The third eyelid of German Shepherd dogs protects the eye from external aggressions.

Its existence is ignored by most people. However, your dog have this additional protection that must be carefully preserved as it fulfills important functions.

Unfortunately, man, in his evolutionary career, lost that anatomical structure typical of the ocular system, known as the third eyelid, which so well defended the eye of strange bodies that could be introduced into it. Of course, in its replacement, nature has equipped it with a very clever finger that allows it to be cleaned or rubbed when necessary. Like a windshield wiper Structurally, the third eyelid of your Shepherd.

What is the third eye ?

It is a membrane composed of a connective tissue equal to that covering the eye. It has no hair or skin that covers it and it is very possible that the lack of these elements is what prevents it from associating it with the outer eyelids. The aforementioned structure is armed by a cartilage in the shape of “T” or anchor and has lymphatic glands,  it is an integral part in the functioning of the German Shepherd immune system, to the system. In your German Shepherd, there is also a gland – known simply as a gland of the third eyelid – that produces lacrimal secretion.

The third eyelid in dogs lacks muscles of its own that provides movement: leave, cover the eye or retract. As it is located in the so-called medial sector (down and towards the nose), from that place it goes out to the side and covers, when it needs it, totally or partially to the eye (in some way it works like a windshield wiper).

How the third eye of your Shepherd works ?

Let’s see how it acts: When the eye is attacked, or even before a threatening gesture, the muscles that move it contract simultaneously and to protect it they retract it towards the orbit. At that moment the third eyelid comes out and covers it. All this movement occurs very quickly and once the danger disappears, the muscles that move the eye relax and the third eyelid returns to its normal position.

Advantages offered by the third eyelid on German Shepherd

What is there to know?

If the owner of an animal, sees the third eyelid covering the eye in a prolonged way you have to be aware as it may be indicating the presence of some of these problems:

Signals to take into account in the third eyelid

Some people when they see that a whitish or pink film covers the eye of their pet do not know what to attribute the cause and it is not uncommon to think that the eye has turned or that the animal is looking up. Neither one thing nor the other. It is simply the third eyelid that is covering it. This is a guiding element. It can appear in one or both eyes and if the dog did not previously have this characteristic, its cause should be investigated. Because there are races in which the exit or protrusion of that third eyelid is partial but almost continuous. That is, it is normal to always see a little. This happens, generally, in the cases of dogs that have very exposed eyes or lower eyelids very fallen (cocker, basset hound, etc.). In those cases, the third eyelid . 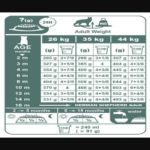 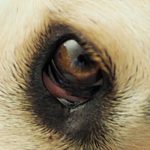