We have all done it once. We go on the bus or the subway and our seatmate does not stop typing on his mobile . And no matter how hard you try to avoid it, your eyes always end up on your phone screen reading your conversation. Privacy? What is that when you share the same space? The protective E-screen app is determined to fight against furtive glances and keep your privacy safe .

How does E-screen protector work?

Developed by Google , E-screen protector uses AI (artificial intelligence) to detect if there are people looking at the screen of your smartphone.

As it does? Thanks to its front camera , it is able to detect faces and looks on the screen. So, if you have the application activated while you use other messaging applications such as WhasApp or Telegram, you will know immediately if there is someone gossiping your conversation.

The messaging app will remain active as long as there are no furtive looks , but when it detects any, it will close immediately and the image captured by the secondary camera will appear on the screen, as if you were taking a selfie .

What happens if more than one person appears next to you in the photo? The face of the ‘ suspect ‘ is framed in a box to which is added a rainbow filter that comes out of the mouth as a vomit.

You do not have to worry about the lack of light or the response time. According to its creators, it works with all types of lightingand is capable of detecting intruders in only two milliseconds .

Availability of the app

E-screen protector is the work of Google researchers, Hee Jung Ryu and Florian Schroff, and is still under development . It is unknown if Google will add it to their Pixel phones or to the Android operating system and if we will see it soon (or not) on Google Play. 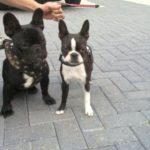 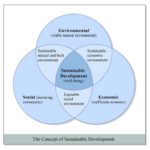