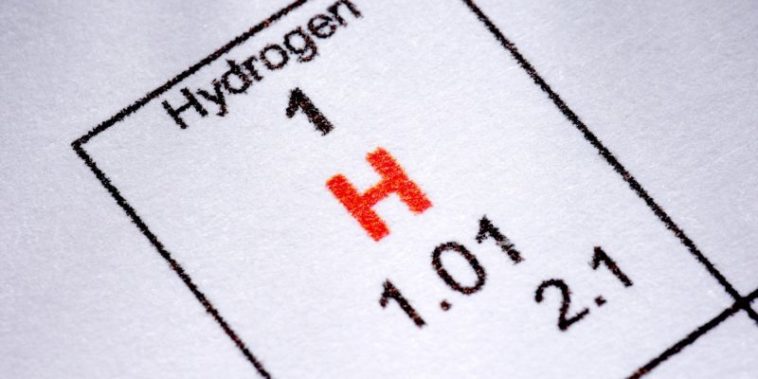 Hydrogen is the first element of the periodic table and the most abundant of the universe known: is more than three quarters of all the matter. It is a light element, with the simplest known atomic form, and usually appears as a colorless, odorless and flammable monoatomic gas .

Who discovered hydrogen? He was the British physicist and chemist Henry Cavendish in 1766 and forms the bulk of the mass of stars in its initial phase. Our Sun, in fact, is a huge hydrogen fusion bomb in space. Hydrogen, according to experts, would have been the first element to be constituted of all and is indispensable for the formation of water (H 2 O).

Today, hydrogen is produced industrially and used in numerous applications, from the refinement of fossil fuels to welding and cryogenics. Below we expose its most important characteristics.

The hydrogen atom is the lightest known (atomic mass of 1.00794) and has a single electron in its outer layer, so its valence is 1. It is a non-metallic atom, highly oxidizable , with a single proton in the nucleus.

Under ordinary conditions of pressure and temperature, hydrogen behaves like a colorless and odorless gas . However, it is possible to liquefy it (take it to liquid) at high pressures, as it happens in the heart of the stars, or in the cooling tanks in which liquid hydrogen is used as a cooling agent.

The word “hydrogen” comes from the union of the Greek words hydros (water) and genos (birth), so etymologically means ” that gives rise to water .” Obviously this refers to their participation in the molecule of this vital liquid, together with oxygen.

Hydrogen is the first element of the Periodic Table, always located in the upper left corner, above Lithium. He is represented by the symbol H . It should be noted that hydrogen does not have characteristics that make it easily classifiable in the groups of the Table, so it is almost always its own group. However, it is usually included in family IA (Group 1).

Hydrogen in its gaseous monatomic form (H 2 ) is a highly flammable gas , which reacts spontaneously with oxidizing elements such as oxygen, chlorine or fluorine. In addition, it is an essential part of other highly combustible materials, such as hydrocarbons (hydrogen and carbon), which include fossil fuels.

Hydrogen is insoluble, in its pure state, in water. But instead it can dissolve in various metals, which makes it an indispensable element in metallurgy. It is very soluble in rare earths, in transition metals and in crystalline and amorphous metals.

Where is hydrogen? As we have said, hydrogen constitutes more than 70% of the visible matter of the universe, so it is the most abundant element of all .

It can be found in its pure state in the heart of young stars, in the atmosphere of large gaseous planets (such as Jupiter and Venus), as traces on the Earth’s surface and also as part of thousands of organic and inorganic compounds in nature. . Many biological processes throw it as a result.

What is hydrogen for? This chemical element  is part of a wide range of industries , both in applied chemistry ( hydrocarbons , fertilizers, space fuels), physics (controlled fusion of hydrogen to generate electricity), and in other areas such as pharmacology, transportation (balloons aerostatic and zeppelins), and semiconductors.

The handling of hydrogen in its pure state is extremely delicate, since its flammability represents an important industrial risk, as well as its ability to mechanically suffocate by displacing oxygen from the air. Liquid hydrogen, a powerful cooler, can also destroy organic tissues. 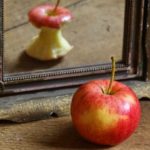 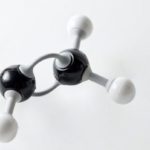