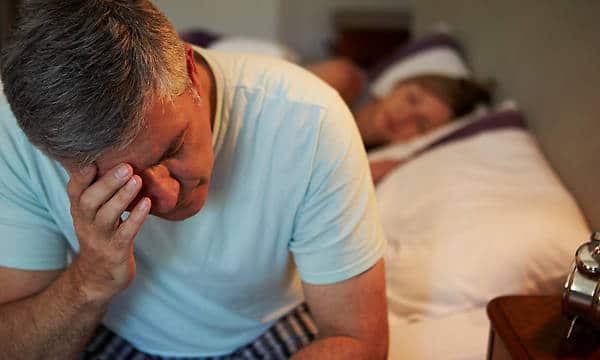 Waking up at night can be enormously frustrating and, no matter how obvious it may be, there are some physical and emotional factors, little known, that could be contributing to your insomnia. The experts explain …

If a cough wakes you up, it could be caused by stomach acid coming out of the esophagus and irritating the back of the throat. This disorder is known as reflux, it gets worse when we are lying down and usually presents a couple of hours after going to bed. Those who suffer from reflux during the day are more likely to suffer during the night. Other symptoms include stomach stiffness and equally acid taste in the mouth.

What you can do: Control the weight. The extra kilos can cause the disorder, by pressing on the abdomen and pushing the contents of the intestine towards the throat. Try to avoid copious meals six hours before going to bed and try to sleep on pillows.

2. You need to go to the bathroom

A full bladder may be an early sign of type 1 or type 2 diabetes, in that the body needs to get rid of excess sugar in the urine. Having to go to the bathroom can also be a symptom of problems such as fibroids-benign tumors on the wall of the uterus that can thicken it and end up pressing on the bladder. Or be caused by cystitis, an inflammation of the bladder due to an infection.

What you can do: If you have symptoms of diabetes you should see your doctor to ask for a blood test. For its part, cystitis is treated with antibiotics.

3. You are out of breath

Did you know that there is a thing called nocturnal asthma? There are people who have found out  it wakes them up at night. It can also cause coughing fits.

What you can do: The air conditioning and the dust from your sheets or your quilt can cause an attack. Try changing the type of bedding, to see if it works. If it is a case of asthma, your family doctor can prescribe a long-lasting inhaler with corticosteroids to clear your airways.

If you wake up feeling dizzy, you may suffer from benign positional vertigo. This happens when microscopic pieces of debris fall off in the inner ear (usually as a result of infection or inflammation) and enter one of the middle ear channels, causing erroneous balance signals that eventually cause dizziness.

What you can do: Sleeping on your back with two pillows can help since it stabilizes the position of the head. If you wake up dizzy, put a soft light near the bed and do not close your eyes: the visual messages you receive will help you reorder erroneous messages sent to the brain. Concentrate on some object then a few minutes and confusing signals disappear, dissipating the feeling of dizziness. The disorder is treatable in the consultation of the otorrino with the Epley maneuver, which consists of a series of movements of the patient’s head, alternately lying or sitting, performed slowly according to an established sequence.

5. You have back pain

Sleeping with too many pillows can cause tension in the lower part of the back. The best position to sleep is on the back, with a pillow on the neck and another under the knees.

What you can do: Your mattress can be too hard or too soft . If you try a new one, lie down and check that you can put your hand in the gap between the spine and the mattress. If there is a large gap, it is too hard. If you can not get your fingers out easily, it’s too soft.

Night sweats are a classic sign of menopause , but they can also be caused by an excess of alcohol or being a side effect of anti-depressant drugs. In some rare cases, night sweats can be a sign of a serious infection, or diseases such as TB, endocarditis (inflammation of the heart valves) and lymphoma, a type of blood cancer. All of them would cause daytime sweats, but they would be more noticeable at night.

What can you do:If this happens with some frequency – say a few times a week – the problem should be investigated by your family doctor. There are natural alternative treatments for menopause and you can research with your family doctor or your gynecologist if any could help you.

When something awakens us during a phase of deep sleep we can suffer that kind of confusion, in that although we are able to talk or get up, we are not really awake at all. This can also happen to us during the transition from a deep sleep phase to a lighter sleep phase. And obstructive apnoeas can also cause it, a disorder where we repeatedly stop breathing variable periods of time, during the night.

What you can do: Lose weight, quit smoking and limit alcohol can end the problem. Help to stop smoking? Here, with StayQuit from NetDoctor

It could be simple dehydration, but if a headache wakes you night after night at the same time, you could suffer what is called cluster headache, which causes a throbbing pain, usually behind the eye and lasts between half an hour and three hours. It may be accompanied by a blocked nose and red eyes.

What you can do: Analgesics available without a prescription may not be enough and your doctor should prescribe something more powerful to take away the pain. He can also recommend you to have oxygen on hand because it seems that breathing pure can help.

Statins (the drugs to lower cholesterol) have been associated with sudden muscle spasms in the calves, thighs, and feet; but you should talk to your doctor before making any change in medication.

What you can do: Give yourself a warm bath when you go to bed: it will relax your muscles, many physiotherapists recommend. Drink plenty of water, mainly if you exercise will prevent the loss of minerals necessary for correct contractions and muscle relaxations. It can also help you to stretch the twins-the calves-before going to bed.

There are many reasons why hunger awakens you. Disorders such as stress or going through a depressive state can cause the so-called “nighttime dining” syndrome. Antidepressants may help, as you may be able to follow regular meal patterns during the day. Waking up hungry can also be a sign of hypothyroidism, which is a lack of the hormone thyroxine, which slows down the metabolism and makes it difficult for the body to maintain adequate levels of sugar. It is diagnosed with a blood test and is treated with a drug, levothyroxine, which replenishes the hormone. Or you could have episodes of hypoglycemia, which is the lowering of blood sugar (which does not necessarily occur in diabetics); they are usually a consequence of a significant increase in sugar followed by a rapid fall,

What you can do: Follow a healthy diet and, if symptoms persist, visit your family doctor.

Mouth pain can be caused by pulpitis, an inflammation of the pulp, the inner part of the gums, which protects the dental nerve. It is especially noticeable at night, from the moment when, lying down, the pressure on the head and neck increases to some extent, aggravating it. A diffuse pain in the mouth can cause the teeth to grind, known as bruxism.

What you can do: Go to the dentist as soon as possible. If pulpitis is detected in time, it can be treated without problems. If the problem is that you grind your teeth, a splint, a simple device that separates the upper teeth from the ones below will solve it. Since 70% of cases of bruxism are caused by stress, try breathing exercises and give yourself a long, relaxing bath when you go to bed. 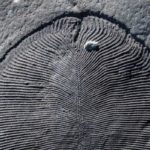 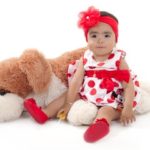