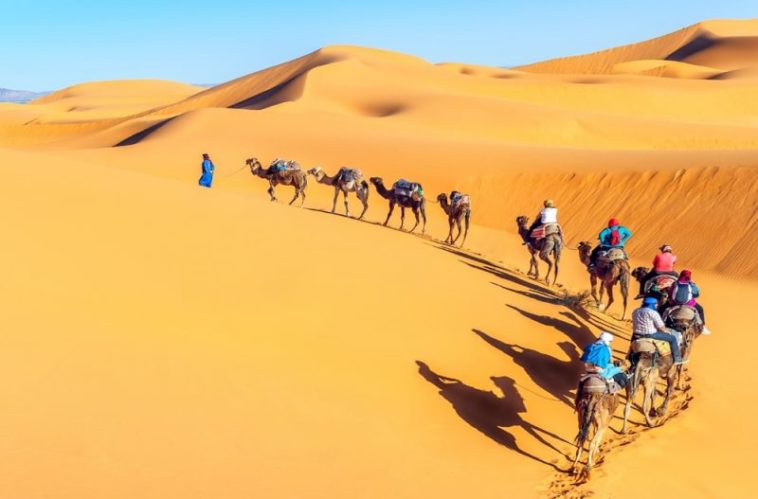 A  biome  is a region of the earth’s surface that presents similarities in terms of climate, flora, and fauna, thus constituting zones identifiable by the set of predominant ecosystems in them. Also called biotic area or bioclimatic landscape.

In this way, taking into account its basic and determining characteristics, such as latitude, temperature , height, soils, and rainfall, it is possible to draw different from these regions on the terrestrial surface, taking into account the complex relationships between soil, vegetation and fauna to define each one separately.

The same biome may have different local names, but enter bios geographically in the same category. In addition, the term biome should not be confused with others such as ecozone, habitat or ecoregions.

The number of biomes in the world is finite and covers all places known to date, namely:

Steppe. Biome scarce in rainfall, of flat territory and herbaceous vegetation is usually far from the sea, in regions of wide thermal variation and soils rich in minerals but scarce of organic matter. It is often considered a cold desert, as opposed to the torrid ones, although they tend to occupy smaller extensions, such as the steppes of Asia, North America and the Argentine Patagonia, or the high plateau of the Andean Puna.

Desert . Predominantly arid biome, with scarce rainfall and little vegetation, although the flora and fauna usually adapt to the harsh living conditions. There are warm deserts, such as the one that covers the north of Africa (the Sahara), or frozen or polar deserts, such as the frozen plateau of Antarctica, whose cold climate prevents the formation of rain. In that sense, you can also find sandy, rocky and frozen desserts. It is an extensive biome, covering almost a third of the planet: 50 million square kilometers, of which 53% are warm weather and the rest of cold weather.

Tundra . Characterized by its low temperatures and frozen ground, the tundra is a low vegetation biome typical of the polar areas, which occupies a fifth of the surface of the planet. With an important presence of mosses, lichens and swampy soil, abundant in peat bogs, the tundra is frequent in Siberia, Alaska, Canada, and Greenland, in the northern hemisphere, and the extreme south of Chile and Argentina, as well as the nearby sub-Antarctic islands at sea level, in the other hemisphere. These are biomes close to the polar circles and that is why they are usually from cold climates and short summer, whose maximum temperatures do not exceed 10 ° C. In many occasions, permafrost (freezing of the soil) can occur.

Prairie . In this biome come the temperate grasslands and shrublands, located in areas of very low rainfall (300 to 1500 mm per year) to house forests, but enough to not be considered desert areas. Its fertile soil, of many layers and abundant organic matter product of the short cycle of life of the vegetation, is ideal for the cultivation of corn, wheat, and other food plants. Its cold winters and warm summers are typical of the North American zones or of the Argentine Pampas, as well as the South African Veld or the Austrian savanna.

Chaparral . Known as the Mediterranean forest , it is characteristic of regions of mild climate, with more or less abundant rainfall in winter and dry, hot summers where there is a danger of fire. They are typical biomes of the Mediterranean area, of California and the northwestern Mexican coast, as well as Chile and Australia. They do not usually have a very high animal biodiversity, although in the European case migratory birds are. This does not mean that it is an uninhabited biome: it usually hosts large numbers of insects, lizards, and rodents.

Taiga . Also called boreal forest, the taiga is the largest forest area on the planet. Its almost exclusive vegetation of conifers of high size and evergreen, such as spruce, maples, and pines, and have abundant herbivorous fauna . Geographically they are exclusive to the northern hemisphere, staying in Siberia and European Russia, as well as Alaska and Canada, where it is besieged by the steppe to the south and the tundra to the north.

Rainforest . Occupying extensive regions in the vicinity of the equator, both in South America (The Amazon), and in Africa (The jungle of the Congo), Asia and Oceania, it is the biome of greatest abundance and biomass on the planet. Its luxuriant vegetation of height and abundant crown guarantees a fertile and humid soil, thanks also to the frequent and abundant annual precipitations and to the warm climate without winter. The jungles are the great reservoir of biodiversity of the world (50% of the known species) in spite of occupying a strip smaller than 7% of the terrestrial surface.

Sabana . Usually, it is called like this to the zones in transition between forests and semi-desert, since they combine characteristics of the forest and the pastureland. They are found in tropical and subtropical zones of the dry climates, such as the Serengeti in Tanzania or the Colombian-Venezuelan plains. The vegetation in the savanna is a shrub or herbaceous, and it’s warm and friendly climate, between 20 and 30 ° C.

Manglar . These biomes formed in intertidal zones (near the sea) of the tropical and intertropical latitudes, are characterized by the abundant presence of trees tolerant to the salinity of the water and the environment (usual mangroves), as well as by a diverse and abundant fauna of type coastal. Amphibious habitats are typical and have abundant organic matter, such as salt marshes and estuaries, with soft sand, silt or clay bottoms.

Deciduous forest. A rare biome in the world, it is a temperate forest of deciduous trees adapted to the duality of a cold and dry winter climate, and a hot and humid summer, such as fir and elm. It is also known as temperate hardwood forest and can be found in the northern hemisphere in humid continental areas of Japan, Korea, Canada, Russia, and the United States.

Humedal . Groups of high humidity, generally flat, with a generally flooded surface and low in oxygen, are grouped with this name, a mixture between aquatic and terrestrial ecosystems: swamps, marshes, marshes, peat bogs, as well as, depending on the classification, the mangroves, and estuaries of rivers or seas. These zones, rich in decaying organic matter, have hydrophilic vegetation, amphibian fauna and abundant endemic species.

Oceans . The oceanic biome comprises the whole of the seas and oceans, as well as its coastal strips, of which are distinguished according to the depth reached by the water. They are areas of gigantic biodiversity predominantly coastal, reef and deep, as well as abyssopelagic: adapted to the fringes without light and enormous pressure of the seabed. Marine flora is restricted to phytoplankton, algae and other minor plant forms.

Coral reefs . Coral reefs are calcareous formations of the skeletons of polyps and anemones, which are found at shallow depths, less than 100 meters, and which, due to their characteristics of light and temperature, present a great diversity of algae and fish that they inhabit their surroundings. It is considered that the reefs were formed around extinct volcanoes (atolls) or areas with volcanic activity that caused the increase of water temperature. A coral reef takes about 10,000 years to form, and even the atolls have taken several million years to form.

Freshwaters . In this group are the great rivers and lakes, as well as the icy waters of the poles, whose salt presence is less and differs from the oceanic biome. They abound in amphibian and reptile species, birds and insects adapted to aquatic life, as well as freshwater fish and mixed vegetation, algae, and lilies. The polar case is an exception, since life subjected to polar aridity is restricted to endemic species and certain forms of moss and resistant vegetation.

Anthropogenic biomes . Perhaps the most complicated biogeographical category, since it aspires to give an account of the areas in which man has left his mark and has adapted the climate, the soils, the vegetation and the fauna at his mercy, both directly and indirectly. Their cities and urban landscapes would enter , but it is a category in the necessary discussion.

Oasis . Found within the warm desert biome, are spaces of abundant water and vegetation, and therefore fauna, emerged in the middle of the sand. In many of them, there are human settlements and even crops, such as the Sahara, the Arabian peninsula or Parras de la Fuente in Mexico. 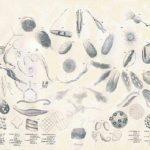