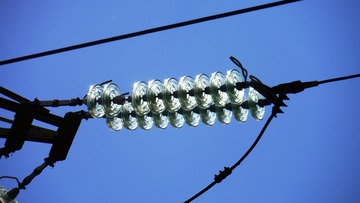 They are called or named as an insulator to any specific object that has the ability to isolate or prevent from happening from one place to another, any type of physical or chemical property such as heat, sound or electricity. The insulating materials are those objects that have as main characteristics, that of being highly resistant to the passage of electric current, heat and other properties of bodies.

The main characteristic of the insulating materials, from the point of view of the chemical function, is that they have in their behavior of the valence band within the orbit of the electrons, an exchange of limited electrons, which will prevent them from passing electricity.

Some of the materials that can function as insulators will do so, as long as the necessary conditions for that action are presented. For example, air can function as an insulator if it occurs at room temperature, if it undergoes certain changes in its temperature, it can act as a conductive agent. The same can happen with water that at certain temperatures can be insulating or conductive.
<

The insulating materials belong to two large groups such as inorganic and organic. In the case of inorganic materials we will find marble, which prevents the passage of electric current; we also find in this group the insulators with ceramic material.

In the case of organic insulators, in recent years and thanks to the breakthrough of industry and science, high quality insulators have been developed such as synthetic plastics.

The electrical insulator. This type of insulation is currently the most used in the industry. They are applied above all in those elements of the construction that allow to “coat” or protect the electrical installation from the passage of the electric current to the outside.

The specific function of this type of insulation is to prevent the electric charge from being present outside the circuit itself so that it is the conductor of electricity.

In this way, safety can be guaranteed in installations where electrical energy is required on a large scale for its lighting and functionality is required for devices that require energy to operate.

Insulating oil Another of the most commonly used insulating materials is precisely oil, which is a type of mineral oil that is widely used in the electrical industry since its properties allow it. Although they are only used in high voltage cables.

Other types of insulators. All materials that allow limiting and protecting people and other living beings from electrical currents will be considered as insulators, thus preventing possible fatal damage. They also play the role of avoiding overloads that can damage electrical appliances.

The areas in which the insulators can be used can be not only electricity but computer science, masonry, and other sectors that require it.

1. Rubber. It is an insulating material that due to its composition is ideal for electrical installations, especially due to its dielectric qualities and ease of use in mechanical actions. It turns out to be a flexible handling material and presents a level of resistance that is difficult to break.

2. Expanded polyethylene. It is composed of the raw material that is obtained from oil. In addition, once it has been manufactured and used, it has the ability to be recycled. It is used mainly in the construction sector to apply them in floors and ceilings. This is because it turns out to be one of the most suitable thermal insulators due to its high efficiency in lowering high temperatures.

3. Hemp fiber. Within the industry and use of insulating materials of thermal type is one of the little known materials although they begin to be used little by little more. Especially since it is a renewable, low-cost and sustainable resource. Hemp is required for the manufacture of this type of fiber. One of the benefits of this type of insulation is that no type of additive is required in its composition.

4. Flax fiber. It is produced from the use of linen. It does not require any type of additives and does not generate any kind of negative impact on the environment. Among its most important benefits is the fact that it presents a high level of thermal conductivity.

5. Wood (dry). This material is used in particular in light structures and power poles in populations. It has the property of being insulating because it contains a series of salts that allow it, as well as a certain humidity. From the point of view of employment, it is known that it was one of the first to be used for these purposes. In addition to being a conductive insulator, it also turns out to be ideal for the use of thermal insulation.

6.  The plastic. This is one of the best materials that can be found as well as being able to mold the interests and requirements of its use, it is a material that prevents the release of electrons that are involved in the physical and chemical procedures of materials in the exchange with each other.

7. Silicate. This type of insulation can be found in two presentations. On the one hand, there is the so-called aluminum silicate that can be found in hard porcelain as a presentation of said material. On the other hand, we have the magnesium silicate, which is in the form of steatite or forsterite, depending on other specific properties.

8. Clay expanded. From the selection of natural clay, it is used in mortars, concrete and other resources that are used in the construction sector, which allows its use is to improve the capacity of the insulation, for example, from the point of view thermal.

9. Oxide ceramics. It is used specifically as an insulation agent in the spark plugs of cars as it allows to isolate high temperatures that generates the combustion of the car oil, avoiding the overheating of the same leaving it useless if that is not avoided.

10. Glass This is known as a type of insulation of both short and medium voltage, since among other things, it prevents moisture from being absorbed. While this is an important benefit, it must be taken into account that depending on the use that is given, it can become a disadvantage for its use since the material is prone to suffer some breaks.

11. Cork. Among its physical qualities we find that it is a lightweight material, that it has a low weight and also has a density that allows it to be an efficient insulator of other materials in its three states: solid, liquid or gaseous.

12. Rubber. One of the great benefits that we can find in this type of insulation is that it can be very manageable, in fact, it is capable of suffering certain deformations or changes of its original shape, preventing it from breaking, this allows adapting it to different surfaces to add it to the places you want. It can work, among other things, as an insulator of sound, heat or electricity.

13. Aluminum oxide. It is used as an insulating material in a particular way for the use of fire as well as a spark plug insulator.

14. Extruded polyethylene. The manufacturing material is a derivative of petroleum, and it turns out to be a material similar to expanded polyethylene. What makes the difference is that the latter also carries the use of a type of gas to function as a foam agent.

15. Polyurethane foam. It is a derivative of petroleum and also due to its composition with gas, it is ideal to be resistant to water. It has a type of insulation capacity that allows it to be optimal even when a minimum layer is used on surfaces.

16. Rock wool. This is a type of wool composed of minerals. It is ideal to be used as an insulator because of its responsiveness and above all because it is a material that does not turn out to be combustible. It is able to remain intact until temperatures of around 850 ºC.

17. Glass wool. It is a type of mineral-shaped wool that requires a large amount of energy to achieve a proper fusion. The fusion is achieved by joining materials such as siliceous sands, quartzite, limestone and glass. The final product turns out to be a light material that manages to withstand high temperatures of up to 230 ° C and is a good repellent for water. 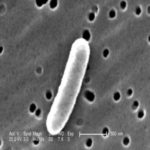 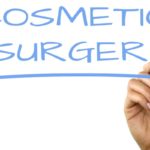