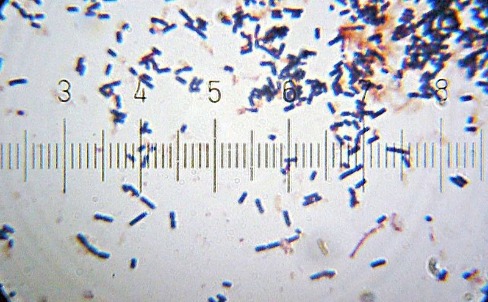 A few days ago, a shocking scientific review made it clear that probiotics, those substances sometimes sold as panacea agents, do not have as many benefits as they promise . In fact, the conclusion was that while the microorganisms managed to colonize some intestinal tracts, most people expel them.

This confirmed previous doubts about its effectiveness. However, to make things more complicated, here comes a new study in which it has been proven that they could have a beneficial effect, but in children. And this could serve to reduce the amount of antibiotics we use.

According to the latest review led by Daniel Merenstein, a professor in the Department of Family Medicine at Georgetown University, the use of probiotics is related to less need for antibiotic treatment in infants and children. This points to a beneficial relationship of probiotics with the defenses and the health of the smallest.

In this analysis, which reviews 12 different studies, it concludes that infants and children can be up to 29% less likely to need antibiotics if they receive probiotics as a daily health supplement. Some of the studies, which according to the researchers are the highest quality, this percentage would increase to 53%. This means that children fed regularly with probiotics, according to the study, are less likely to suffer from a disease(specifically, respiratory or gastrointestinal).

These are lactobacilli, a microorganism typical of probiotics

“We already had evidence that the consumption of probiotics reduces the incidence, duration and severity of certain types of common acute respiratory and gastrointestinal infections,” says Merenstein. ” The question is whether this reduction is undoubtedly related to the decreasing use of antibiotics, and our results show that there is an association, which could help lay the foundations to reduce the use of antibiotics and use probiotics on a regular basis.” , he affirmed.

This is not a purely consumer or marketing issue. According to the Center for Disease Control and Prevention (CDC), there are about two million cases of antibiotic-resistant infections per year in the US alone. Of these infections, 23,000 people die. The use of antibiotics is, in large part, the culprit that the emergence of resistant strains . Therefore, reducing their consumption is a necessary strategy to stop the progression of these diseases.

What is the difference between antibiotics and probiotics?

While antibiotics are a set of substances designed or extracted from nature to fight microorganisms, the word probiotic encompasses a series of foods that contain bacteria capable of modifying our intestinal biota. This is done with the intention of obtaining a series of health benefits, since this bacterial ecosystem, known as intestinal microbiome (badly called intestinal flora) regulates many functions and responses of our organism.

Thus, while antibiotics are aimed at ending an infection, probiotics aim to improve the health of the bacteria that inhabit our digestive system, which is supposed to help us in a myriad of issues. The administration of antibiotics corresponds to a concise period in which they reach a sufficient concentration in our blood and end with the infection that grips us.

Antibiotics are very potent concentrated substances that can result in harm to health if they are not taken under medical supervision. On the contrary, probiotics do not have an immediate effect on health since they modify the internal microorganisms. They can be consumed, in principle, as we please and do not have, a priori, any negative effect on health.

Everything is not yet said, neither for nor against

“More studies are needed at all ages, and particularly in the elderly, to see if the sustained use of probiotics is connected to a general reduction in antibiotic prescriptions,” explained Sarah King, co-author of the study. “If so, this could have a big impact on the use of probiotics in general medicine and consumers in general.”

This statement seems to clash with the studies we cited earlier and that labeled their effects as useless. Contradictory studies have their meaning if we consider their indirect and subtle action . For example, unlike antibiotics, it is not clear how probiotics help fight infections, especially those found in the respiratory tract and lower digestive tract.

“There are many potential mechanisms, such as probiotic production of pathogen inhibitors, immune regulation, among others.” But until there is a proven explanation this is still a pretty and unfounded hypothesis. On the other hand, to the articles detractors of probiotics, some researchers blame important failures.

Even so, the scientific community seems to agree that the evidence against probiotics is a hard step. That does not mean that these products have been checked. This latest study is proof of this. ” We do not know all the mechanisms that probiotic strains can take advantage of, ” Merenstein said, “but since most of the human immune system is in the gastrointestinal tract, ingestion of healthy bacteria could competitively exclude bacterial pathogens linked to intestinal infections. and it can help the immune system fight against others. ” 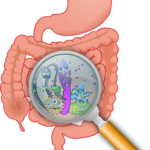