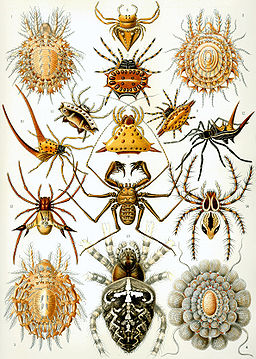 The Arachnids , Arachnida , are a class within the phylum of the Arthropods . They are integrated into the subfile of the Quelicerados, which share with the Picnogonids, sea spiders, and the Merostomados, horseshoe crabs. They include more than 100,000 species and among the most common animals of this class are for example spiders, scorpions, murgans, ticks, mites and camel spiders.The Arachnids also make up the second largest set of terrestrial arthropods .

Most arachnids that currently live do so in terrestrial habitats. However, some of them are able to live in fresh water or in marine environments outside pelagic areas.

Their legs and external body

One of the characteristics present in arachnids is that they all have eight legs and also two pairs of appendages, usually around the mouth. In some species the two front legs have been modified to acquire sensory functions and in other species the appendages have developed so much that they can be confused with legs. The first pair of appendices are known as chelicerae and are those that give name to the subfile of the Quelicerados. Their functions are generally related to feeding and defending against predators. The second pair of appendices are called pedipalps and have adapted to locomotion, feeding and reproductive functions.

The arachnids are different from other arthropods in that they do not have antennas or wings. His body, moreover, is divided into two tagmas known as cephalothorax and abdomen respectively.

Like all arthropods, arachnids have an exoskeleton and have an internal structure of cartilage-like tissue to which the muscles are attached. For locomotion, most extend their limbs by the hydraulic impulse generated by the pressure of their hemolymph. Some, however, do have muscles capable of extending the joints of their extremities.

The breathing of the arachnids is done through the tracheas, systems of tubes that connect the outer surface of the animal with the internal organs. In some cases it can also be done through lungs in a book. However, it is known that the tracheal system of arachnids has evolved from these lungs in a book so it can not be considered a homologue to other arthropods.

The circulatory system of arachnids varies according to the needs of the species. Those who have a good tracheal system do not need to carry oxygen in the blood and have a very reduced circulatory system. Larger species such as spiders and scorpions have hemocyanin for oxygen transport.

The excretory apparatus of arachnids is specially prepared for the conservation of water, due to its life in terrestrial habitats. The excretion is carried out through the coxal glands of the cephalothorax and through tubular structures known as Malpighi tubes.

Organs of the senses

The most developed senses in arachnids are sight and touch. They have two different types of eyes, the lateral ocelli and the medium ones. Some have both at the same time, while most have only one or the other. The sense of touch is found especially in sensory hairs that cover the body of the animal and vary in complexity depending on the species.

Most arachnids are carnivores and feed on the pre-digested bodies of insects and other small animals. In general, they produce these digestive juices in their stomach and secrete them through their appendages over their already dead prey. The juices turn the prey into nutrients and the arachnids suck them through the mouth. Only in some cases like dust mites, the animal is able to ingest solid particles. Many groups of arachnids secrete venom from specialized glands to kill their prey or enemies. Other species are parasitic and some are carriers of diseases.

The most relevant in the reproduction of arachnids is the presence of one or two gonads in their abdomen and they are always unisexed. In most species fertilization is produced by the transfer of spermatophores, packages of sperm, from male to female. In many cases there are very elaborate sexual rituals. Most arachnids are oviparous, except scorpions that are ovoviviparous or viviparous depending on the specific species.

Within the class of arachnids are 11 different orders, some of them already extinct. We cite some examples of the most important species of these orders such as spiders, opiliones, scorpions and mites.

Spiders or Araneae make up the most diverse order within arachnids with more than 40,000 species. They are characterized by the pedicel, a small cylinder that serves as a union between the cephalothorax and the abdomen. Includes animals such as common spiders and tarantulas.

In this group the murgass and reapers are included as examples. They have a segmented abdomen and their chelicerae end up in the shape of a pincer.

Scorpions are characterized by their claw-like front pedipalps, their segmented tail curved over their back ending in a poisonous sting.

Mites have a great diversity and a great fossil history. It includes many parasitic species such as ticks and they are also carriers of some human diseases. 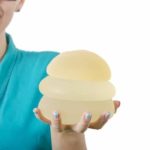 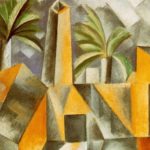