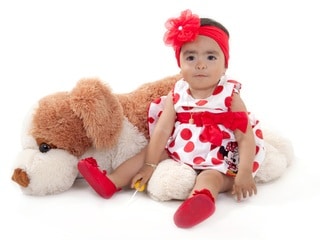 Is very important to know these rules of first aid: it is key to know what to do in an emergency. I hope that this knowledge should never be applied, but giving parents the assurance that they would act correctly in such cases is relatively simple. Also, it’s not just about the parents. We encourage everyone to sit down for a while and learn these techniques: they can, who knows, help others. In many cases, you have to act as if you were an adult. If a child has a cut and bleeds heavily, the same thing must be done: squeeze the wound to contain the bleeding, call the emergency room and keep the compress pressed against the wound until it arrives.

But there are cases that require minor modifications, mainly because of the size of the person who needs help. The following situations, many of them relatively frequent in infants and young children, should be treated as follows.

Possibly the child has swallowed something and it has stuck in his throat , preventing him from breathing well. He will not be able to cough, cry, shout or emit the usual noises.

Keep calm. You are probably terrified, perhaps also frantic. Have someone around you call the ambulance while you try to solve the problem with the child. If you are alone, put the phone hands-free. It is also possible that you get someone to guide you while help arrives.

1. Give up to five slaps on the back

Keep the child on his stomach, on his knees , so that the head is lower than the rest. Hold the child firmly and, with the part of the palm closest to the wrist, strike him in the back between the shoulder blades. They will have to be firm blows to make an effect.

If this does not work …

2. Press it on the chest

Turn the child over so that it is face up, with the head as shown in the picture. Place two fingers on the chest, where the sternum ends, and press down firmly . This maneuver will compress the air in the lungs and hopefully release the blockage.

3. If it still does not work, take it to the Emergency Room

While the help arrives, continue with the previous maneuvers , alternating them. If you are successful with your maneuvers, it will be up to you to decide if the child needs medical attention or not.

Seizures occur basically when the child is too hot , something usually produced by an infection and if it is also too warm. It is more frequent than can be believed and is presented at some time in 1 of every 20 children. The ultimate cause is that the infant organism is not developed enough to control its own temperature.

The most frequent symptoms are: the child keeps his fists closed, arches backwards, has tremors, turns his eyes uncontrollably and has a red and congested face .

Do not try to hold it. Remove objects that could harm you and use pillows or cushions to protect your head.

Think about what we do when we are hot: Get undressed! Refresh him with care, taking off his clothes little by little . Adjust the temperature of the room. It is best to open the window and turn off the heating .

3. When seizures stop, lie on your side with your head tilted back.

If this is the first time it happens, take the child to the doctor, who will eventually recommend taking him to the hospital. All this can panic parents (or grandparents), but keep in mind that seizures will not affect the child and will very rarely have any subsequent effects . It’s all because they’re too hot.

In all houses there are many things that can cause burns to children, from a hot drink to a hair dryer recently turned off . Many of them would not produce a burn to an adult, but to a child, who has a much more sensitive skin.

Put the burn under the stream of cold water and keep it at least ten minutes. This is the most important thing and also the most difficult, because keeping the child still for ten minutes may not be an easy task.

If you do not have running water on hand, any cold liquid will be worth while getting cold water.

2. Once cool, cover the burn with plastic (film) kitchen

The reason for using the plastic is that it does not adhere to the skin (only adheres to itself), stops the possible infection and keeps the area clean. If you do not have kitchen film, a clean plastic bag can be worth it. Be sure not to over tighten it .

If a child has burned, it is always necessary to see the doctor .

4. He has been poisoned

Accidental poisonings account for 2% of domestic accidents in USA and occur mainly in children from 0 to 5 years. There are dozens of things in the houses that can produce a poisoning, from detergents to medicines. Hazardous products often mention on the label that they should “keep out of the reach of children”. If this were followed to the letter, this point would be too much.

In the emergency room, or the ambulance doctor, it will be the first thing you will need to know .

2. Immediately call an ambulance or take the child to the Emergency Room 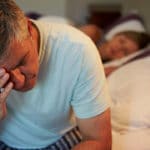 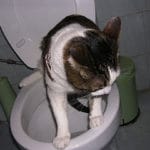