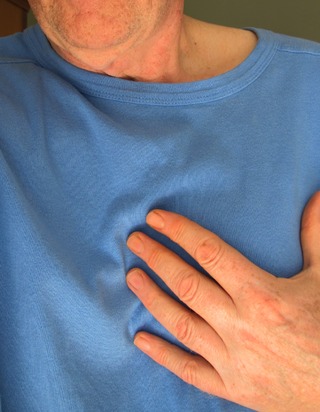 In the field of health, an issue in which the details are particularly important to know exactly the different diseases or distinguish one health circumstance from another, the world of the heart deserves special attention to distinguish the complications that may suffer. Although sometimes heart attack and cardiac arrest are understood as synonyms, they have very considerable differences between them.

These two cardiac irregularities are two of the greatest risks that a heart faces, since its repercussions go from serious cardiac consequences in the affected one to even the death, especially in case of cardiac arrest. However, they agree that prevention and a life with healthy habits and exercise contribute to cardiac strengthening and make it less likely that there will be mishaps in its functioning. In addition, the risk groups are exposed to a greater danger due to their health circumstances.

More commonly known as infarction, myocardial infarction has a key that distinguishes it from cardiac arrest: the times. While this is practically sudden and quickly affects the functioning of the heart and causes the loss of consciousness of the sufferer, the heart attack carries acute pain for hours and there is no loss of consciousness. However, detecting these symptoms should be accompanied by treatment as soon as possible by medical services, since it can cause the death of the heart muscle that suffers it and lead to cardiac arrest.

The incidence begins in the coronary artery, responsible for the blood reaching the heart , when a blood clot blocks the flow and prevents its circulation. This blockage can result from the detachment of an atheromatous plaque, a thrombus that is projected onto a previous plaque of atherosclerosis – masses of fatty substances that accumulate in the arteries – and prevents the food and oxygen that the heart needs for its operation correctly arrives at its destination.

The plug that forms in the coronary artery supposes that the beats are not regular and there are arrhythmias, as well as an intense pain in the left side of the chest, some discomfort that can be extended to all that side of the body. Since the cells of the heart are left without food , they die -necrosis- and weakening the cardiac tissues , so that although the infarct does not pose a mortal risk since it takes place, as time passes, its danger continues to multiply.

Although it poses a serious health risk , the rate of survival to a heart attack is usually higher than that of cardiac arrest, especially when it is detected early and prompt medical attention is received. However, each person has a different pain threshold and the infarction can manifest with greater or lesser intensity, so they are not always detected with the immediacy that would be desirable for the patient’s well-being.

Like myocardial infarction , cardiac arrest is one of the main dangers faced by a person’s heart. However, unlike the previous one, its effects are much more immediate and more serious, if possible. When this incident takes place the knowledge is lost, the resulting fainting and cardiorespiratory arrest is entered , the heart ceases its activity and, except action in the first minutes with a defibrillator and cardiopulmonary resuscitation maneuvers (CPR), the probability of death It is elevated.

In this case, the cardiac irregularity also obeys to an incorrect blood flow through the arteries that distribute the blood through the organism, return it to the body and feed it with oxygen so that the bodily functions develop correctly. This stop is sudden and the heart stops beating until it causes the loss of consciousness and the gradual necrosis of the cells that do not receive blood food, so as the minutes go by, the repercussions are worse.

Therefore, in the face of a cardiac event of these characteristics, daily prevention is fundamental. This anticipation must be made both in the individual habits of good nutrition and healthy life as well as collectively, through a social commitment towards cardio protection in the form of defibrillator facilities and the development of a collective conscience towards the goal of saving lives also through CPR training. in citizenship. 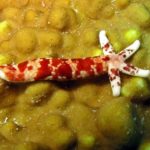 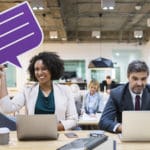