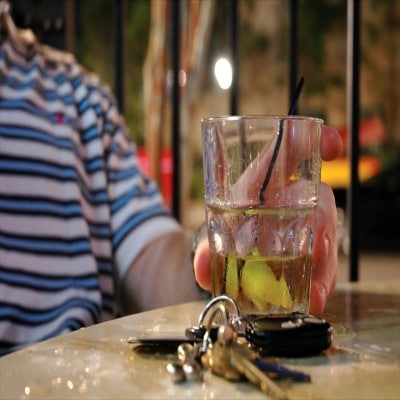 It is a sheer truth there are unending difficulties that accompany raising teenagers, one of the stresses widely faced by parents during this phase of their teenager lives is excessive drinking and drug abuse.

Unarguably, the society we live in is drenched ,in alcohol with many other numerous social vices sodden with it. This has been making this addiction to cut back, and difficult to prevent its excessive among teenagers.

It is important to know there are many outdoor influences also playing on teenagers unexposed intelligence to get involved with alcohol and drugs, and it’s often tedious for teens to understand the consequences of such decisions.

As a guide toward or parent to a child, it’s inevitable to serve as a barrier shielding these teenagers to avoid these dangers.  There are vast preventative steps you can take as a parent or guidance to keep your children safe and healthy. These steps will help and develop healthy habits and avoid your teenagers from dipping into the trap of alcoholism and drug abuse.

Below are six tips you can employ as a parent to save your teen from the epidemic;

Be Ready to Communicate

Having a frequent open dialogue with your teens about what they are involved in and not doing is important. This will calm your mind to be at rest, and it will also allow them to feel more comfortable engaging you about these topics in the future. Even at some point you rest assured your teens are not involved with drugs or alcohol, this dialogue is still worth having. It is dangerous to keep assuming.

Formulating and communicating your real intent is of utmost importance when setting boundaries with your teens. It helps to let them know that you’re not joking of any bit of your word and it makes them readily aware of the future outcomes of their decisions. Setting rules is a tedious task but it is important to keep abreast of them, because once broken, facing the punishments after can be challenging and cannot be waivered. It’s also necessary to keep a positive and stable relationship during the rule formulating process, so your teens can always freely embrace their punishments and not feel unloved.

As a parent constantly trying to shield your teens from outside influences, even if you don’t realize it, it is important to know you’re the best example your teens can only imitate. If you the type your whole social life is dependent on alcohol you could rest assured, you’re setting a detrimental example for your teens to Emulate.

According to researches, (https://www.edgarsnyder.com/car-accident/who-was-injured/teen/underage-drinking-statistics.html ), it has been proven true overtimes children with parents who drink excessively are two times as likely to become a drinking to stupor drunkards and even an addict if they’ve had a parent or grandparent who suffered from this same addiction. Being a good role model to your teens goes a long way in enabling them to see the detrimental effects of being an alcoholic or drug addicts.

Actions are certainly the better form of communicating, as you converse with your teens and making boundaries with them about drugs and alcohol, it’s essential they know you are readily available for them in times of urgent needs. Making your teens know you’re only a phone call away will give them a sense of responsibility and will prevent them often of been found in an associate of alcoholics and drug addicts.

If your teen still drinks heavily after telling and enforcing not to drink rules, it obviously means you are not readily available for your teens. It is vital to let your teen learn if they do make a mistake of getting involved with drugs or alcohol, you will be there to help them.

Stopping your teens from emulating your drinking habit is feasible and achievable, stocking of nonalcoholic and beverages inside your refrigerator is the first vital step to take. You can satisfy your thirst quest by taking your alcohol outdoor once in a while to remain unsuspected and keeping it all clean indoor.

Teenagers who are drunkards and drugs addicts are often a victim of emotional disorders. With most cases being as a result of, depression and emotional pains, it is important for parents to stay in touch often with their teens and know what exactly is happening in their phases of life.

For instance, Nathan is a teenager who after having a rough day at school goes down with some bottles of alcohol. When he got into an argument in class and he lost the argument he knocks back a few drinks. When he was sad, worried, or felt any other “down” emotional pains, he always takes drugs to remain calm. Nathan later became an addict and will not go a day without a drink or taking drugs.

Due to a high rampage of ignorance, most teenagers are often brainwashed with the orientation codeine is the most effective drug to reduce pain by their peers, even though codeine is relatively useful to relieve moderate pain its abuse is extremely dangerous and it is regarded as one of the 10 most addictive medications  today. Parents need to monitor the daily affairs of the teenagers so as to shield them from all outdoor influences.

In response to tackling this universal challenge; which is the alarming rate at which teenagers are getting defeated by peer influence to become a drinking to stupor drunkards and drugs addicts.  It is of no doubt parents and guidance are the one lagging in their duties.

Based on researches conducted by the National Institute on Alcohol Abuse and Alcoholism, it was observed that teenagers that have a mutually supportive relationship with their parents have a more likely delay drinking or no drinking records and conversely the teen in bad relationship developed drinking and drug abuse habits to cater for depressions and harsh living conditions in their homes.

On this note, Parents and guidance must learn, develop and incorporate preventative measures to reduce and eradicate this epidemic among teenagers. 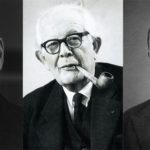 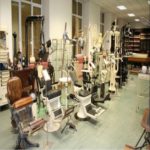