Some of the characteristics of the most important acids are their physical properties, their strength and their ability to neutralize bases, among others.

Acids are chemical substances with the ability to donate a hydronium ion (H 3 O + ), or as commonly referred to as a proton (H + ), in an aqueous medium, or capable of forming bonds with hydroxide ions, or any substance able to accept a pair of electrons.

They often have the general HA formula where H is the proton and “A” is the generic term associated with the non-protonic acid part.

Originally, our concepts of acidity came from the ancient Greeks who defined the substances of “bitter taste” as oxein , which mutated in the Latin word for vinegar, acetum, which was later converted to “acid”.

These substances not only had a bitter taste but also had the property of changing the litmus paper color.

The theoretical structuring of acids began when the French chemist Antoine Laurent Lavoisier (1743-1796) turned his attention to the classification of acids and bases. His idea was that all acids contained more or less a particular “essence” that was responsible for their acidity and were not uniquely different.

Unfortunately, Lavoisier mistakenly thought that the oxein-genic substance was, as he called it, the oxygen atom. At the beginning of the 19th century, the English chemist Humphry Davy (1778-1829) showed that oxygen could not be responsible for acidity, because there were numerous acids that did not contain oxygen (LESNEY, 2003).

It was decades later that the idea of ??acidity associated with the presence of hydrogen was proposed by Justus von Liebig (1803-1873). Clarity was brought to the field when, in the 1890s, Svante August Arrhenius (1859-1927) defined acids as “substances that deliver hydrogen cations to the solution” (Encyclopædia Britannica, 1998).

The acids have a flavor, worth the redundancy, acid and their smell often burns the nostrils.

They are liquids with sticky or oily texture and have the ability to change the color of litmus paper and orange from methyl to red (Properties of Acids and Bases, SF).

In the year of 1923, the Danish chemist Johannes Nicolaus Brønsted and the English chemist Thomas Martin Lowry, introduced the theory of Brønsted and Lowry affirming that any compound that can transfer a proton to any other compound is an acid (Encyclopædia Britannica, 1998). For example in the case of hydrochloric acid :

The theory of Brønsted and Lowry did not explain the acid behavior of certain substances. In 1923 the American chemist Gilbert N. Lewis introduces his theory, in which an acid is considered as any compound that, in a chemical reaction, is capable of joining a pair of electrons not shared in another molecule (Encyclopædia Britannica, 1998) .

In this way, ions such as Cu 2+ , Fe 2+ and Fe 3+ have the ability to bind to free electron pairs, for example from water to produce protons in the following way:

3- Strength of an acid

Acids are classified as strong acids and weak acids. The strength of an acid is associated with its equilibrium constant, hence for the case of acids, said constants are named constants of acidity Ka.

Thus, strong acids have a large acidity constant so they tend to dissociate completely. Examples of these acids are sulfuric acid , hydrochloric acid and nitric acid, whose acid constants are so large that it can not be measured in water.

On the other hand, a weak acid is one whose dissociation constant is low, so it is in chemical equilibrium. Examples of these acids are acetic acid and lactic acid and nitrous acid whose constants of acidity are on the order of 10 -4 . Figure 1 shows the different acid constants for different acids.

The pH scale measures the level of alkalinity or acidity of a solution. The scale varies from zero to 14. A pH less than 7 is acidic. A pH greater than 7 is basic. The midpoint 7 represents a neutral pH. A neutral solution is neither acidic nor alkaline.

Arrhenius, in his theory, proposes that the acids, being able to generate protons, react with the hydroxyls of the bases to form salt and water in the following way:

This reaction is called neutralization and is the basis of the analytical technique called titration (Bruce Mahan, 1990).

Given its ability to produce charged species, acids are used as a means for the transfer of electrons in redox reactions.

The acids also have the tendency to be reduced since they have the capacity to accept free electrons. The acids contain H + ions . They tend to take electrons and form hydrogen gas.

Metals do not have a tight control over their electrons. They abandon them without much struggle and form metal ions.

So when you put an iron nail in an acid, the H + ions grab the electrons from the iron. The iron becomes soluble ions of Fe 2+ , and the solid metal gradually disappears. The reaction is:

This is known as acid corrosion. Acids not only corrode metals by dissolving them, they also react with organic compounds such as those that make up the cell membrane .

This reaction is usually exothermic, which causes severe burns on contact with the skin, so this type of substance must be handled with care. Figure 3 is the safety code when a substance is corrosive.

The acceleration of a chemical reaction by the addition of an acid is known as acid catalysis. Said acid is not consumed in the reaction.

The catalytic reaction may be specific to the acid as in the case of the decomposition of sucrose sugar into glucose and fructose into sulfuric acid or it may be general to any acid.

The mechanism of reactions catalyzed by acid and base is explained in terms of the concept of Brønsted-Lowry acids and bases as one in which there is an initial transfer of protons from an acid catalyst to the reagent (Encyclopædia Britannica, 1998).

In general, reactions where an electrophile is involved are catalyzed in an acid medium, either electrophilic additions or substitutions.

Examples of acid catalysis are the nitration of benzene in the presence of sulfuric acid (Figure 4a), the hydration of ethene to produce ethanol , esterification reactions (Figure 4c) and hydrolysis of esters  (Clark, 2013). ). 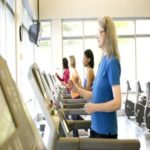