Among the characteristics of the most important noble gases are that they are gaseous elements, do not interact with other elements, have a full valence shell, are rare in nature (their level of presence on planet Earth is low) and create fluorescence.

The group of noble gases is one of the 18 groups in which the periodic table is divided. It is composed of six elements, helium, neon, argon, krypton, xenon and radon.

Neon, argon, krypton and xenon are found in the air and can be obtained through liquefaction and fractional distillation.

For its part, helium is obtained through the cryogenic separation of natural gas. Finally, radon is produced from the radioactive decay of other heavier elements (such as radium, uranium, among others).

Next, these and other properties of the noble gases will be studied in depth.

1- Noble gases do not usually interact with other elements

Noble gases have a low level of reactivity, which means that they basically do not interact with other elements. Naturally, there are a few exceptions, such as xenon tetrafluoride (XeF 4 ).

This compound is produced by heating to 400 ° C a mixture of xenon and fluorine in a ratio of 1 to 5 within a nickel container.

Due to its low interaction with other elements, noble gases are also called “inert gases”.

However, this name is not completely accurate, so it has fallen into disuse in recent decades.

2- They have a full valence shell

The elements are composed of one or more layers of electrons. The last of these layers is called the valence layer and is the one that intervenes in the creation of bonds and chemical reactions.

The elements reach their stability by having two or eight electrons in their last layer. If this condition is not present, the elements will join others to achieve stability.

The electronic configuration of the noble gases is the following:

Neon, argon, krypton, xenon and radon have eight electrons in their last layer. For its part, helium has two electrons.

In this sense, noble gases have a full valence shell. This is why under normal circumstances, these elements do not form links.

The six elements belonging to the group of noble gases conduct electricity. However, his driving level is low.

4- They can produce phosphorescence

The noble gases have the property of being phosphorescent when they are crossed by electricity. That is why they are used in lights, bulbs, headlights, among others.

– The neon is used in advertisements in the famous neon lights. Creates a red phosphorescent light.

– Argon is used in regular bulbs. In the light bulbs, the oxygen present in the atmosphere can react with the metal filament causing the latter to burn.

To be inert, the use of argon guarantees the creation of an inert environment, which prevents the combustion of the metal filament.

– Xenon has the property of offering a continuous spectrum of light, which resembles daylight. This is why it is used in xenon lamps, which are used in filmographic projectors and in the headlights of cars.

– Krypton produces a bright light when it is crossed by direct current. This is used in surgical lasers that are used to cure certain eye conditions and to remove birthmarks.

– Both xenon and krypton are used in flash units of cameras.

– Helium is used in bulbs and in less quantity in billboards

– Radon, due to its radioactive quality, is not usually used for these purposes.

These elements were discovered by Henry Cavendish in the eighteenth century, when he removed nitrogen and oxygen from a portion of air. However, this did not classify them.

It was not until the nineteenth century that these elements were studied and classified.

Because the oxidation number of the noble gases is equal to 0, these were organized in the periodic table under the name of “zero group”.

However, in 1962 it was discovered that these elements did react with others (under exceptional conditions).

Then, taking into account the conventions of the International Union of Pure and Applied Chemistry (IUPAC, for its acronym in English), were renamed as group 18.

Currently, they can be found in the periodic table under the name of Group VIIIA.

Due to their almost inert quality, noble gases are used to create stability in quick reactions.

The noble gases have really low melting and boiling points. 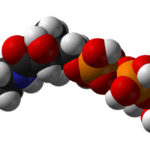