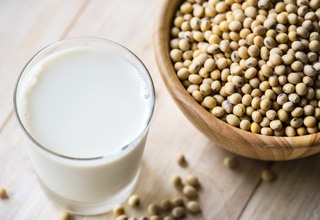 The important thing about consuming soy is trying to do it in its natural presentation, not in tofu, or organic soy milk, and processed soybeans, which are the most consumed, should be avoided at all costs.

Soybean (Glycine max) is a species of the legume family (Fabaceae) grown for its seeds, medium oil content and high protein. Soybeans and their by-products (oil and soy flour, mainly) are used in human and livestock feed. It is marketed all over the world, due to its multiple uses. For some it is the food that symbolizes the vegetarian and vegan movement, however, many of us know the complexities that exist, which are explained in detail in “The Lords of Soy – Transgenic Agriculture in Latin America”

For starters, soy has a high content of folates, vitamin K, calcium, magnesium, iron and fiber. In addition, it has a large amount of other minerals, vitamin B12, omega 3 fatty acids and several antioxidants.

Many studies claim that regular consumption of soy prevents cancer, as it contains an isoflavone that increases the activity of the p53 protein, suppressor of tumors, especially those related to the prostate and breast. This is a controversial point, since other studies show an increase in the chances of having cancer – especially breast cancer – when consuming soy. We recommend that, if you have a family history of cancers developed for hormonal issues, consult a doctor before consuming soy in large quantities-three or more times per week-and consume whole soy whenever you can.

It is also used to prevent hot flashes that come to women during menopause, and those who consume it regularly have better bone health by preventing osteoporosis and improving bone density.

But what are the advantages and disadvantages? What should we look to consume it?

The advantages that we can appreciate are:

As you can see, they gain the advantages, although, eye, the soybeans are very healthy and can be an excellent alternative for those who do not consume animal proteins, or, those who want to consume a little less. The important thing is to consume it in a natural presentation, in tofu, or organic soy milk, and they must avoid processed soybeans at all costs, which is the most consumed 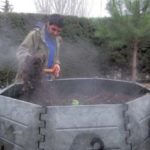 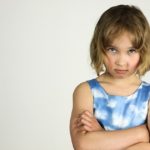